Sidharth Malhotra and Kiara Advani starrer ‘Shershaah’ landed in trouble after a Kashmiri Journalist alleged that the makers used his registered car number plate in the film. Faraz Ashraf tweeted that his life is in danger since the makers used the license plate of his car and depicted it as a vehicle driven by militants, adding that this act poses security risks for him and his family. Sharing pictures of his car and the one used in the film with the same number plate, Faraz tweeted “It is a threat to me and my family. I cannot travel in the car as feel safety concerns now due to the move. I have not given any permission to any production house to use the regd no. of my car.” 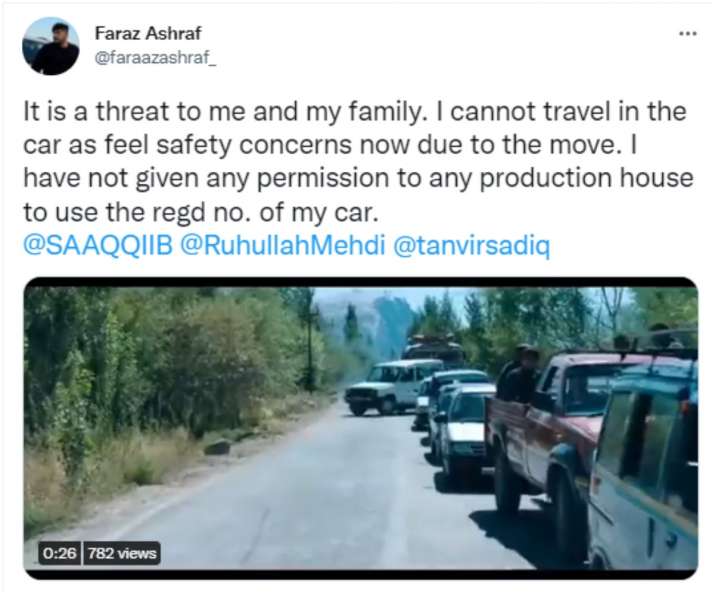 “I now decided to fight against the @DharmaMovies @DharmaTwoPointO to stop the broadcast of movie in entire country. As they have copied my car regd no. and used in the movie. I am filing a case against the production house,” he added.

Directed by Vishnu Varadhan, Shershaah is inspired by the life of Captain Vikram Batra (PVC) and stars Sidharth Malhotra and Kiara Advani in the lead.

In the film, Sidharth was seen in the double role of Captain Vikram Batra and his twin brother Vishal Batra, whereas Kiara Advani played the role of the marytr’s fiancee Dimple Cheema. For the unversed, Captain Vikram Batra laid down his life in the service of the nation while recapturing Indian territories from Pakistani intruders during the Kargil War in 1999. And due to his immense bravery, he was given the title of ‘Sher Shah’ (Lion King).