Ahead of the release of Honsla Rakh, Diljit Dosanjh took to social media to heap praise on his co-stars Shehnaaz Gill, Sonam Bajwa and other cast and crew members of the film. Sharing a personalised note for each, Diljit made sure he shares his personal experience for each one of them. Posting a behind-the-scenes (BTS) photo with Shehnaaz, Diljit called the actress ‘a strong woman’.  His post comes after Shehnaaz joined him and Sonam for the promotions of the film. The actress had missed the early promotions of the film after the sudden demise of her close friend and rumoured boyfriend Sidharth Shukla.

“Thanks Shehnaaz Gill. you’re a very strong woman. Stay like this,” Diljit wrote in an Instagram story sharing his photo with the actress. whereas, for Sonam, he wrote, “Thanks Sonam Bajwa Ji. Bott diet kiti tuanu dekh dekh ke.” Take a look at the posts: 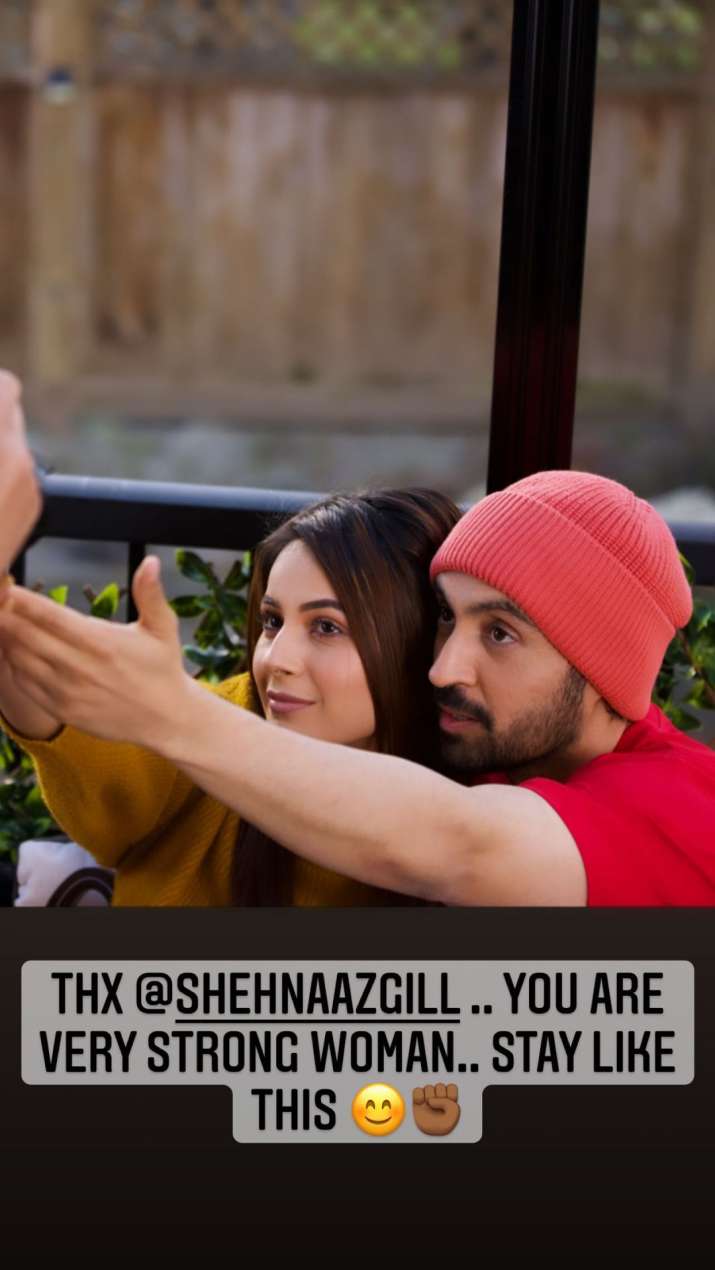 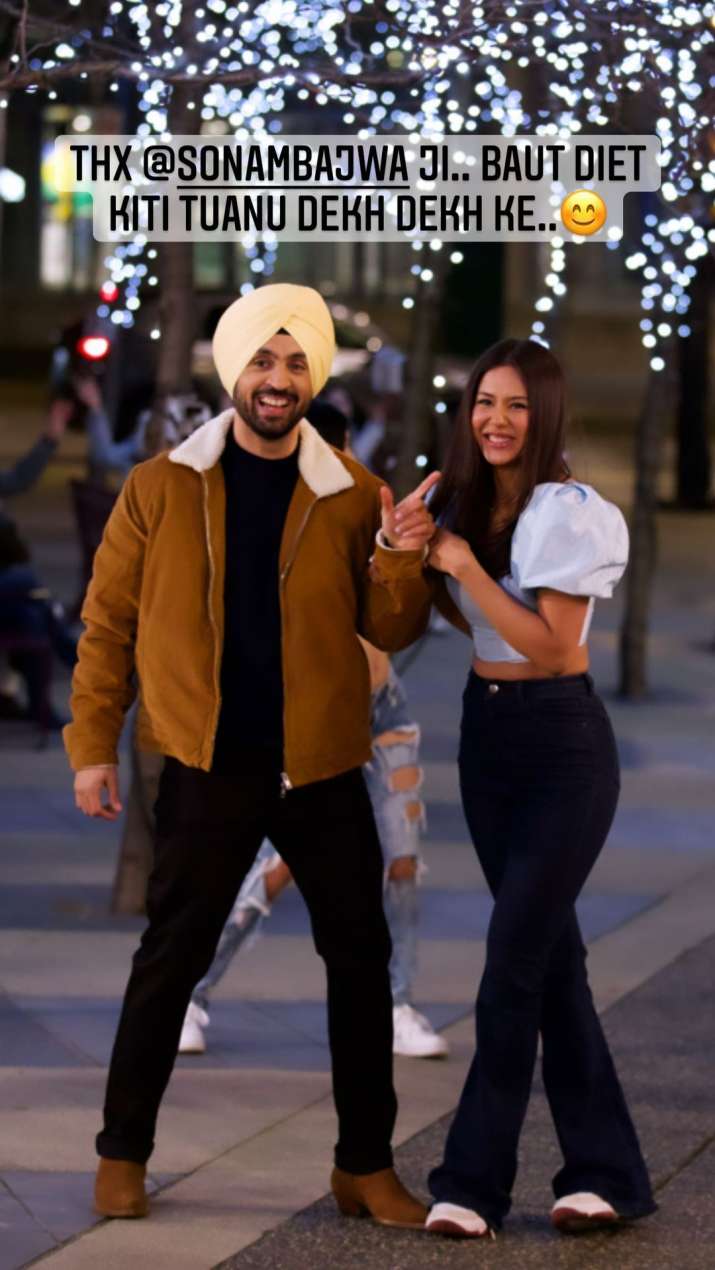 With Honsla Rakh, Diljit Dosanjh turned producer. He had announced the film earlier in February along with the release date. The film also features Gippy Grewal’s son Shinda Grewal who plays a very important part in the film. In the film, Shehnaaz plays the role of a young mother.