Shamita Shetty has returned after completing Bigg Boss OTT. The actress reached the top five but lost to Divya Agarwal. Post her stint at Bigg Boss, Shamita came to know about Sidharth Shukla’s demise. Paying her respects to the departed soul, Shamita shared a photo of Sidharth on her Instagram Stories along with a heartfelt note. Calling the late actor ‘a charming guy’, the actress prayed for strength for his family and close friend Shehnaaz Gill.

“Words fail me! This news came as such a shock that it took sometime to sink in. Such a sweer and charming guy, gone too soon. My heart goes out to his family and Shehnaaz. May god bless his soul and give strength to his family in this difficult time. Makes one realize how unpredictable life is. Cherish each day,” Shamita wrote. 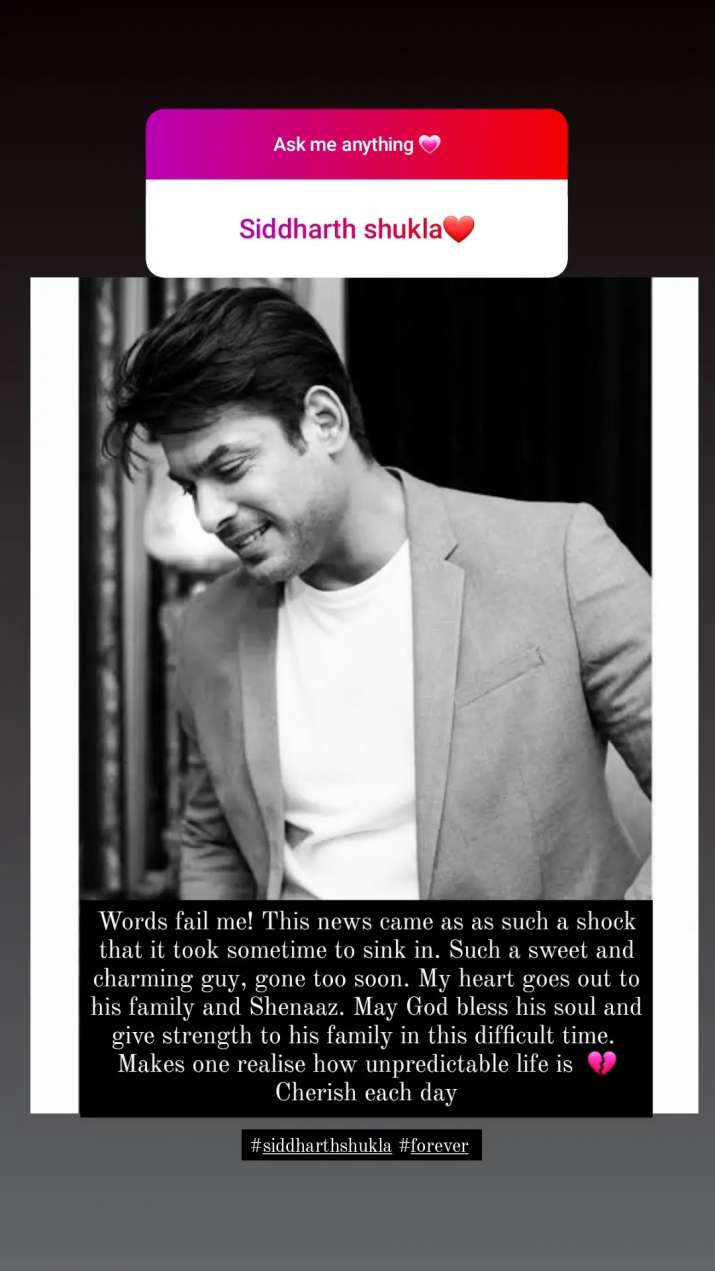 Sidharth died on September 2. Known for his work in shows such as ‘Babul Ka Aangann Chootey Na’, ‘Dil Se Dil Tak’ and ‘Balika Vadhu’, Sidharth, who came out as the winner of ‘Bigg Boss 13’, died aged 40 after suffering a massive cardiac arrest. He is survived by his mother Rita Shukla and two sisters.

Coming back to Shamita, if reports are to be believed, she will be joining her co-contestant Pratik Sahejpal, who became the first confirmed contestant of Bigg Boss 15. However, there’s no official confirmation about the same.

If this turns out to be true, it will be for the second time that Shamita will be participating in Bigg Boss. She earlier participated in Bigg Boss 3.

Bollywood actor Shah Rukh Khan’s son Aryan Khan has been in jail in Mumbai for ...