Bollywood actor Sara Ali Khan, who regularly treats her fans on social media with amazing updates, on Thursday, shared a glimpse of her dubbing session for her upcoming movie ‘Atrangi Re’. Sara took to her Instagram story and posted a picture from the dubbing studio, with the film’s name on the screen and a mic in the front. Directed by Anand L Rai, ‘Atrangi Re’ also stars Akshay Kumar and Dhanush in key roles.

The filming of the movie started in December last year. Back then, pictures from the sets of the film in Agra created a splash on the internet. They offered a glimpse into the world of ‘Atrangi Re’ with Akshay in the avatar of a king and Sara in an all-pink ethnic ensemble. ‘Atrangi Re’ has been written by Himanshu Sharma and the musical maestro AR Rahman has composed the album for the film with songs penned by Irshad Kamil. 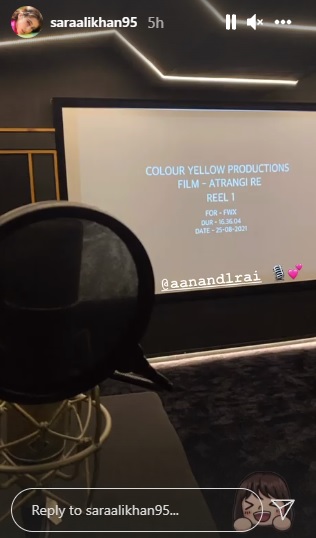 Actress Sara Ali Khan recently enjoyed the film Shiddat thoroughly as she took to social media to hail the lead actors Radhika Madan and Sunny Kaushal for their performances. Apart from this, Sara also inserted a gif and wrote, “I cannot wait for all of you to experience this magic”.

Sara shared a poster of the film and wrote, “@radhikamadan you’re inspiring, beautiful and soul touching as usual!! @sunsunnykhez you’re beyond effortless, genuinely brilliant and a real treat to watch! @maddockfilms @DineshVijan” 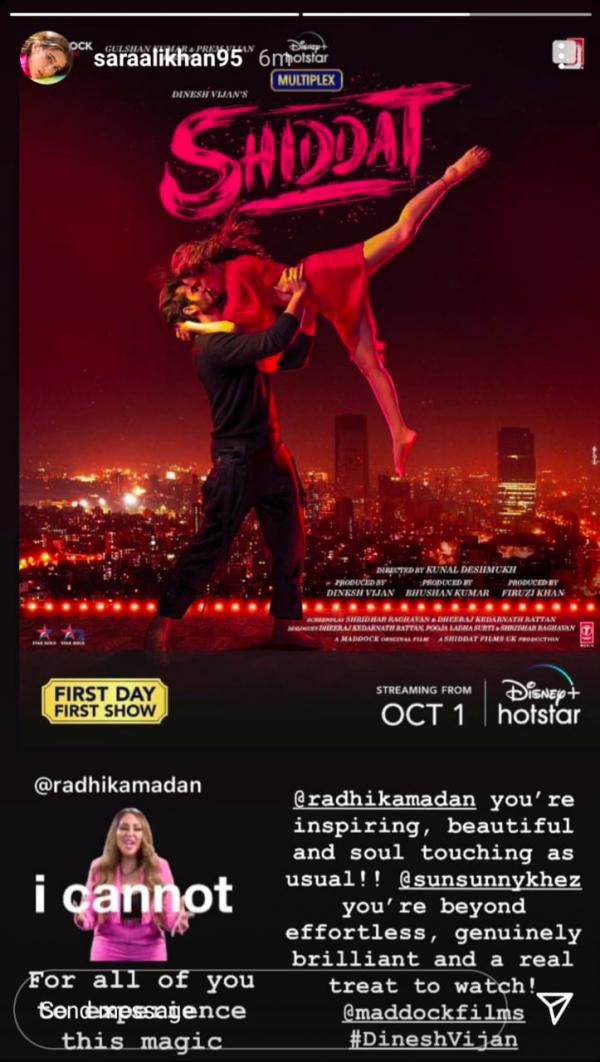 Sara recently had left everyone impressed by donning a saree at the Global Citizen concert. Netizens were seen showering praises and love for her on social media.

Sara, who made her acting debut with Abhishek Kapoor’s film ‘Kedarnath’ in 2018, has also featured in movies like ‘Simmba’, ‘Love Aaj Kal 2’, and ‘Coolie No. 1’.

Vicky Kaushal-Katrina Kaif to tie the knot by December?