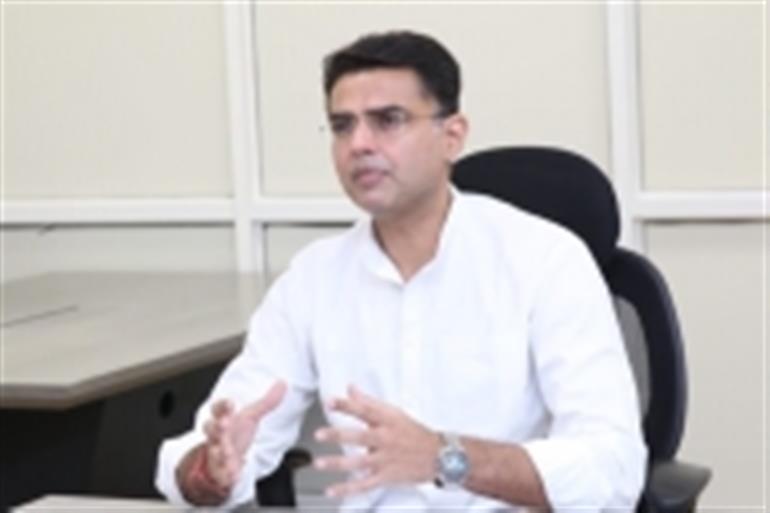 NEW DELHI: The Congress high command is mulling to appoint a new in-charge for Gujarat after the untimely demise of Rajeev Satav last month.

Congress Rajya Sabha MP Rajeev Satav (46), who was in-charge of Gujarat affairs, passed away on May 16, days after recovering from Covid-19.

The state is vital for the Congress keeping in mind the crucial Assembly elections scheduled next year, especially after coming very close to wresting power from the ruling BJP in the last state polls held in 2017.

In the last elections in 2017, present Rajasthan Chief Minister Ashok Gehlot was the in-charge for Gujarat, while old hands like B.K. Hariprasad and Mohan Prakash were also around.

However, according to sources, this time Gehlot’s former deputy Sachin Pilot could be the top choice of the party leadership to pacify him and give him a bigger responsibility. The move might give stability to the Congress in Gujarat by involving Pilot in the party affairs of the state.

However, it’s not clear whether Pilot is willing to accept the offer, as the party leadership has talked to him through an emissary. His close aides say the former Deputy CM of Rajasthan is not willing to leave his home state.

There are talks of a massive reshuffle in the All India Congress Committee (AICC) and sources say many state PCC chiefs from the Northeastern states, West Bengal, Kerala, Gujarat, Telangana and Andhra Pradesh could be replaced, and state in-charges from election bound states like Uttar Pradesh, Punjab and Uttarakhand may be sent back to their home states for poll preparations.

However, it’s not clear whether the ‘dissenting’ G-23 leaders, who had written a letter to interim Congress chief Sonia Gandhi about sweeping reforms in the party, will be adjusted in the party, though many from the group, including Manish Tewari and Ghulam Nabi Azad, have got assignments within the party.

The Congress also has to decide about the Rajya Sabha seat that is vacant following the demise of Satav. It would be interesting to see if any of the G-23 leaders gets nominated for the post.

The Congress also has to perform in the state elections ahead of the 2024 Lok Sabha polls, especially after the recent debacle in Assam, Kerala and West Bengal. Four states are scheduled to go the polls in 2022 – Uttar Pradesh, Uttarakhand, Punjab and Gujarat.

Barring in Uttar Pradesh and Punjab, the Congress is in direct contest with the BJP in the other two states. And that is why, sources said, the party is looking for a good election strategist for Gujarat.

[embedded content] Hello and welcome to Aaj Ki Baat With Rajat Sharma, the only news ...