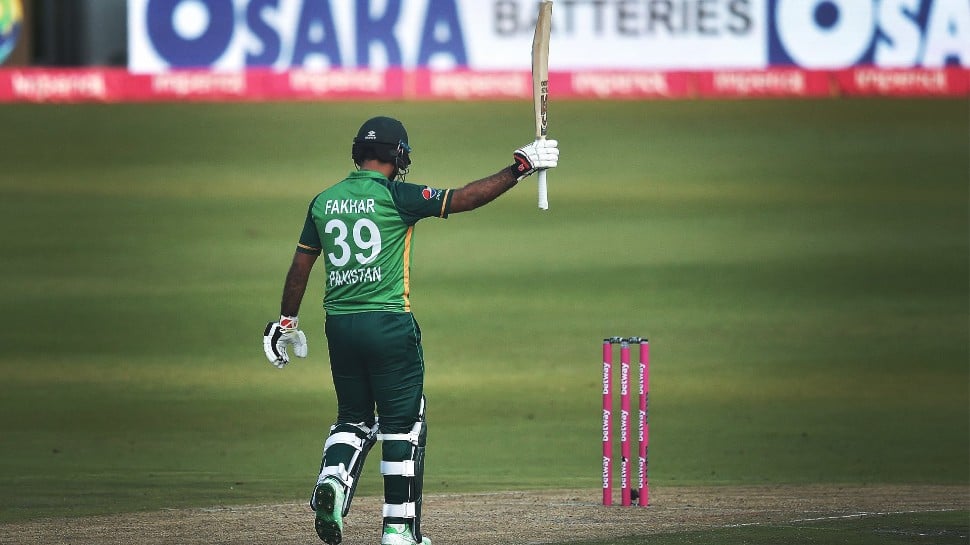 Pakistan opener Fakhar Zaman is in form of his life as he smashed a century in the third ODI against South Africa on Wednesday (April 7) in Centurion Park. Notably, it is Zaman’s second ton in a row as he hit 193 in the second ODI, which went in vain as Pakistan lost the game by 17 runs.

Talking about the third and final ODI of the series, Zaman took 99 balls to complete his fifth ODI century which included nine fours and three sixes. Also, with this ton, Zaman has recorded back-to-back ODI centuries for the first time in his career.

However, the 30-year-old southpaw couldn’t remain at the crease for long after completing the ton as he was removed for 101 by South Africa spinner Keshav Maharaj.

Meanwhile, Zaman has climbed seven places in the ICC men’s ODI player rankings for batsmen courtesy of his knock of 193 against South Africa in the second ODI. The southpaw is now 12th in the rankings.

Fakhar played an ODI knock for the ages against Proteas in Johannesburg where he scored 193 off 155 balls before being run out in the last over. Interestingly, the innings was the highest by a batsman from a team batting second.

The three-match series between South Africa and Pakistan is currently tied at 1-1 and the winner of the ongoing 3rd ODI will clinch the series.