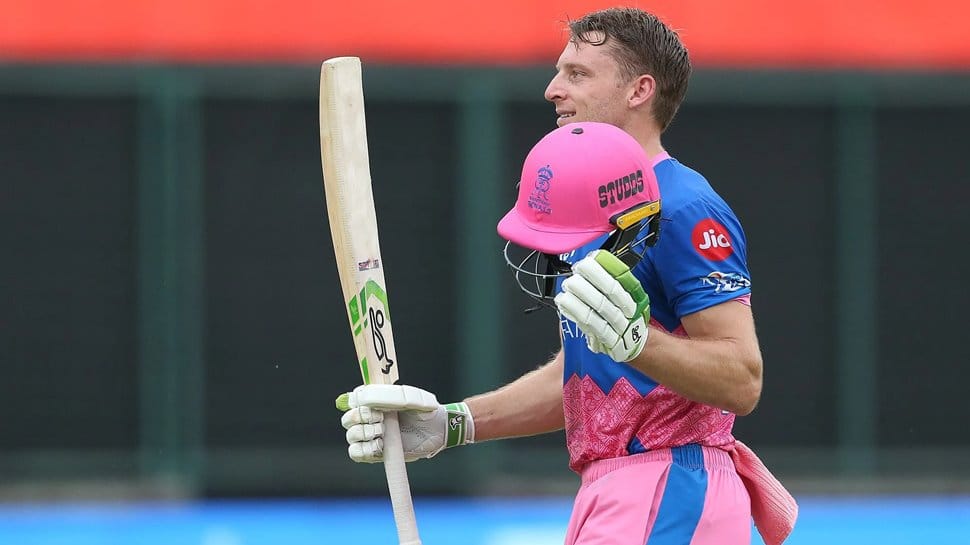 Jos Buttler had a splendid day on the field as the wicketkeeper-batsman registered his first ton in the Indian Premier League. During the clash between Rajasthan Royals and Sunrisers Hyderabad at the Arun Jaitley Stadium in New Delhi on Sunday afternoon, the 30-year-scored 124 off 64 deliveries, helping Rajasthan pile a massive 220/3 on the board.

Batting at a staggering strike-rate of 193.75, Buttler went on fire 11 boundaries and eight maximums and also went on to etch a new record in the franchise’s history by smashing the highest-individual score by a Royals batsman.

After a brilliant display, Buttler made a hilarious remark about his innings and had a message for his former England teammate Alastair Cook.

“I have spent a lot of my career in the middle order where hundreds aren’t easy to come by. At the top of the order you get a great chance. I finally will have Alastair Cook stop telling me that he has got one T20 hundred more than me (laughs),” Buttler said.

Speaking further, the wicketkeeper-batsman said: “Really enjoyed it. Great to spend time out there and have fun. I didn’t find it easy at the start. I haven’t been feeling at my best form for a while now. So a little bit of a struggle and just acceptance. I just tried to hang in there. At times I have been guilty of trying to get back into form too quickly and not give myself a chance. I just got better as the innings went on.”