Ranveer Singh describes wife Deepika Padukone in one word during AMA session. Can you guess?

Ranveer Singh and Deepika Paudkone are counted amongst one of the most adorable couples of the tinsel town who leave no stone unturned in giving us relationship goals. The actor never misses a chance to flaunt his love for his wife be it on social media or public appearances. A similar incident happened during a recent QnA session on Instagram, when a particular user asked Ranveer to describe Deepika in one word, his answer stole everyone’s hearts. Replying to the fan’s question, Ranveer wrote, “Queen.” Isn’t he giving major husband goals?

Ranveer also gave answers to other questions. He revealed that ‘Rambo’ is his nickname. Even Deepika joined the fun when she asked him, “When are you coming home?” To this, Ranveer Singh said, “Khana garam karlo baby, main abhi buss ponch hi raha hu.”

Not just her but even Ranveer’s friend and co-star, Arjun Kapoor aslo asked him, “How are you so sexy baba?: to which he replied, “Aap ki training.” 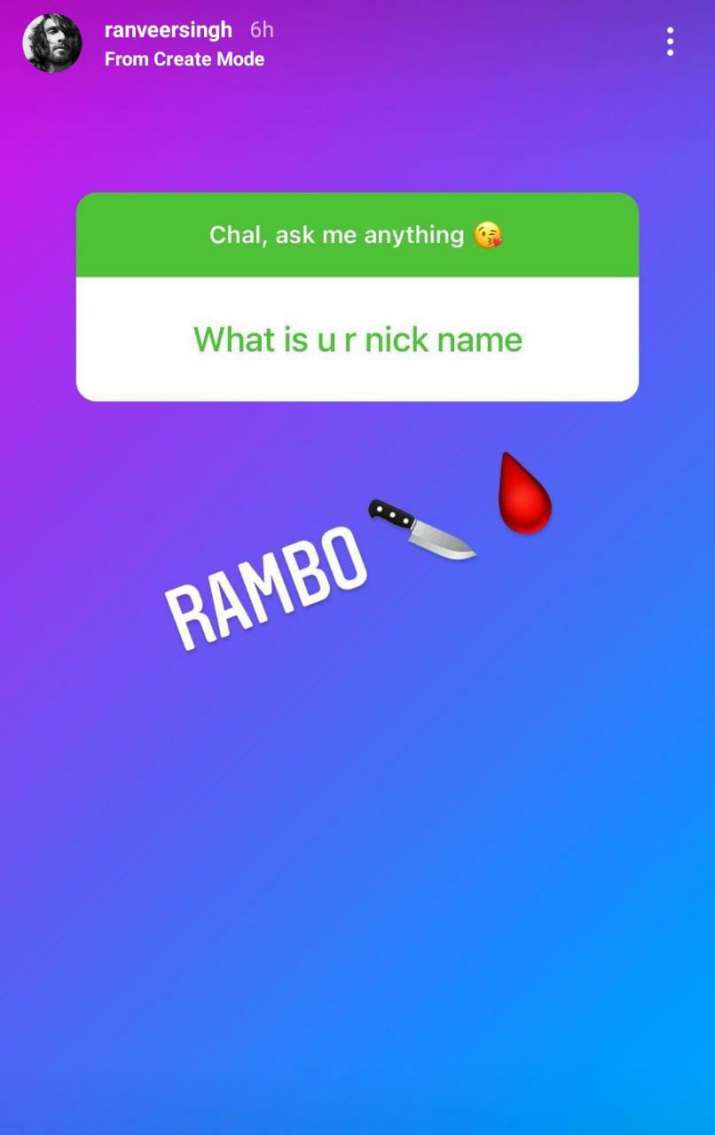 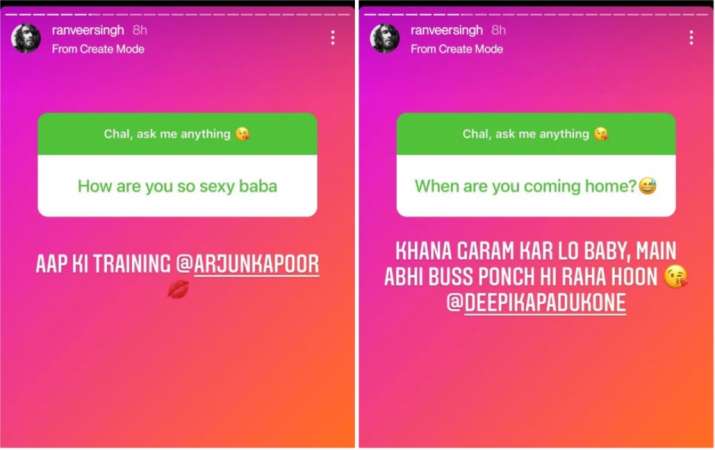 Deepika and Ranveer are known for their social media PDA. Recently, the ‘Chhapak’ actres graced Amitabh Bachchan-hosted Kaun Banega Crorepati 13 where she complained that Ranveer never fulfilled his promise of cooking for her. The megastar called him up and asked about the same after which Ranveer promised and said, “Amitabh sir ne bol diya hai. Ab tujhe main godh mein bitha ke omelette khilaunga.”

Deepika, on the other hand, will be seen in Siddharth Anand’s Fighter opposite Hrtihik Roshan, Shakun Batra’s untitled next with Siddhant Chaturvedi and Ananya Panday and the remake of ‘The Intern’ with Amitabh Bachchan.

Both Ranveer and Deepika will be seen together in Kabir Khan’s 83′ playing the role of legendary cricketer Kapil Dev and his wife.

Date changed! ‘Satyamev Jayate 2’ to be released on this day