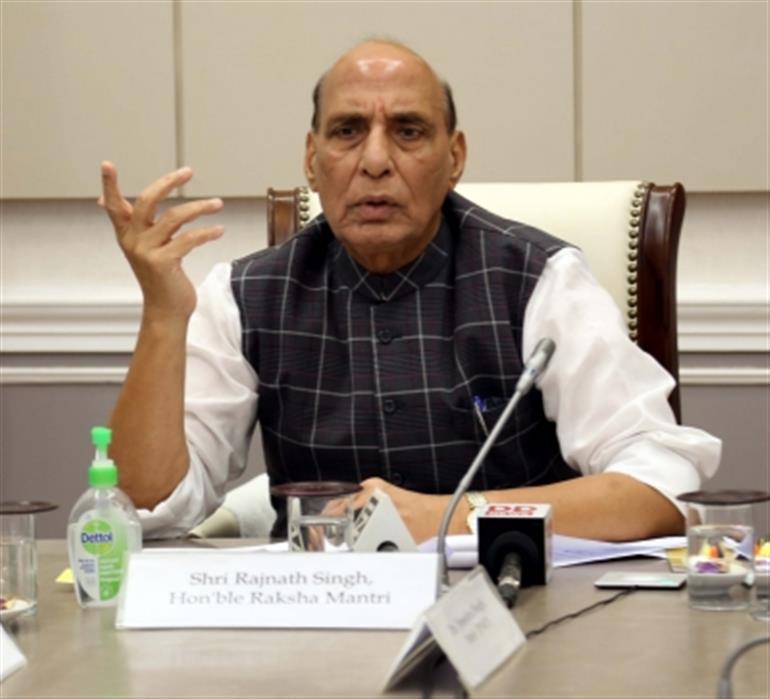 HYDERABAD: AIMIM president Asaduddin Owaisi on Wednesday said that Defence Minister Rajnath Singh uttered a lie that it was on Mahatma Gandhi’s request that Savarkar wrote mercy petitions to the British.

Owaisi, a member of the Lok Sabha from Hyderabad, disputed Singh’s claim in a series of tweets.

“Here’s the letter to Savarkar from Gandhi. No mention of petition to British begging for leniency, mercy & promising to be a faithful servant of the crown,” wrote Owaisi while tagging the letter dated January 25, 1920 as published in ‘The Collected Works of Mahatma Gandhi’.

The president of the All India Majlis-e-Ittehadul Muslimeen (AIMIM) pointed out that Savarkar wrote the first petition in 1911, just 6 months after going to prison. Gandhi was then in South Africa. Savarkar wrote again in 1913/14. Gandhi’s advice is from 1920.

“Is it a lie that this “Veer” rejected tricolour & wanted Bhagva as our flag?,” asked the MP.

“In his view, India was not the holy land for Muslims & Christians and so they couldn’t be fully loyal to India. What is your view on this as Defence Minister? Do you subscribe to this theory?,” he asked the minister.

Owaisi demanded that whoever wrote this speech for Singh should be fired, saying it’s not good to have advisers who have a Savarkarite relationship to truth.

Earlier, Singh hailed Savarkar as a staunch nationalist and India’s first military strategist in the 20th century. He also stated that people from the Marxist and Leninist ideology wrongly accuse him of being a fascist.

Image Source : PTI Some of the southern districts of the state, including Howrah, Hooghly ...