Rajnath leaves for Tajikistan for SCO meet, to talk on defence cooperation 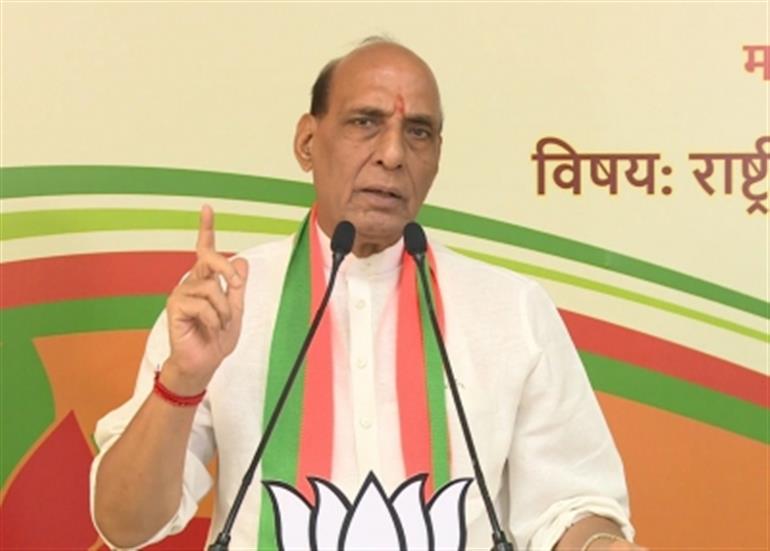 NEW DELHI: Defence Minister Rajnath Singh left for Tajikistan for Shanghai Cooperation Organisation (SCO) annul meet, where he is to appraise about measures needed to eradicate terrorism in the region.

Sources said he would also be talking about challenges at the Indian borders during the annual meeting of the Defence Ministers of Shanghai Cooperation Organisation (SCO) member states.

He is on a three-day visit to Dushanbe in Tajikistan from July 27 to July 29.

In the annual meeting, defence cooperation issues among the SCO member states are discussed and a communique is expected to be issued after the deliberations.

During his visit to Dushanbe, Rajnath Singh is also expected to meet his Tajik counterpart Col. Gen. Sherali Mirzo to discuss bilateral issues and other issues of mutual interest.

Tajikistan is chairing the SCO this year and hosting a series of Ministerial and official-level meetings.

The defence ministers of all eight SCO member nations are expected to discuss on regional security challenges like terrorism and extremism. They will also deliberate upon ways to deal with them collectively.

The organisation is seen as a counterweight to North Atlantic Treaty Organization (NATO). It has emerged as one of the largest trans-regional international organisations.

The organisation’s aim is to maintain peace, stability and security of the region.