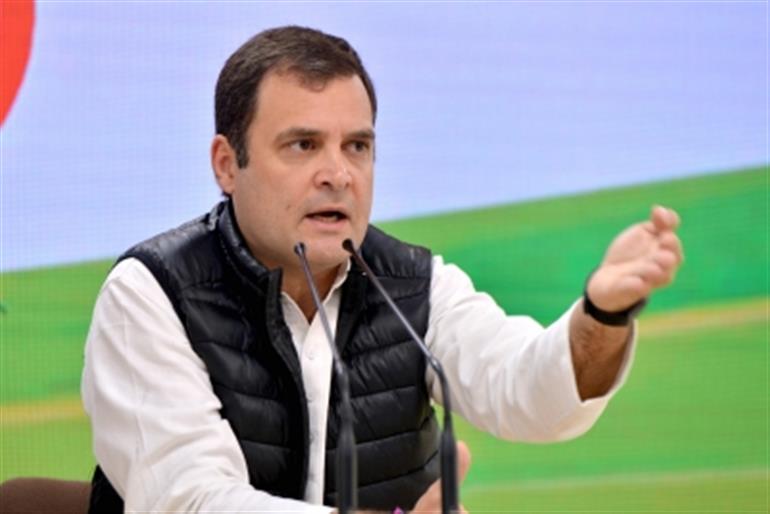 NEW DELHI: Amid rising cases of black fungus, Congress leader Rahul Gandhi on Tuesday attacked the government for not providing proper treatment to patients suffering from the disease.

Rahul Gandhi on Tuesday in a tweet said, “Government should clarify about the situation of black fungus epidemic, what is being done for the shortage of Amphotericin B, and what is the procedure of giving medicine to patients. why is the government not giving proper treatment but indulging in formalities.”

Union Minister for Chemicals and Fertilisers D.V Sadananda Gowda on Monday had announced that an additional 30,100 vials of Amphotericin B have been allocated to all the States/UTs and Central Institutions.

The injection is used for treatment of Mucormycosis, a serious but rare fungal infection caused by a group of molds called mucormycetes that has been developing in Covid-19 patients.

THANE(MAHARASHTRA): A small-time Marathi actor has been arrested in Thane for allegedly posting objectionable posts ...