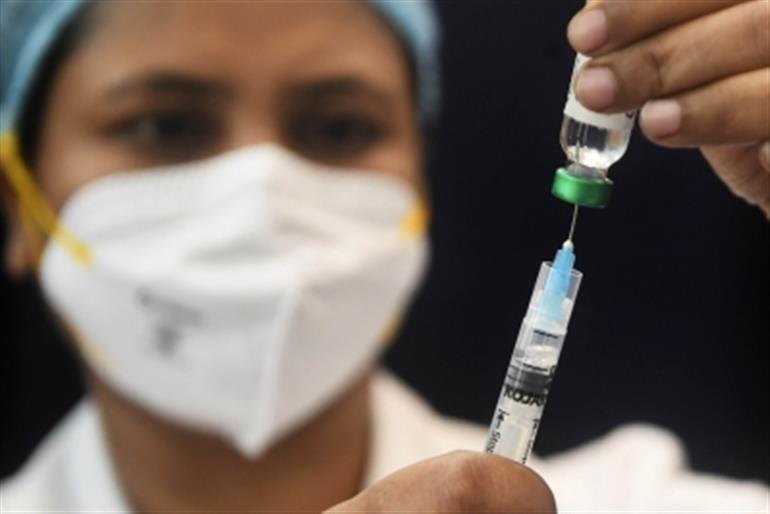 Puducherry: The Union Territory of Puducherry will conduct its third vaccination festival on July 23 and 24, officials said on Thursday.

The festival, according to the health officials, is to protect the people from Covid-19, create vaccination awareness and inoculation of maximum population of the Union Territory.

The vaccination centres would be set up at more than 100 locations throughout the festival to provide free jabs to the eligible population of the Union territory who are above 18 years of age.

The Puducherry health officials said that the festival is focused on vaccinating the entire eligible population above 18 but preference would be given to those with comorbidities and thus prevent any deaths due to coronavirus.

Puducherry Health Secretary, T. Arun in a statement on Thursday said the festival is being conducted following the recommendation of Lt. Governor Tamilisai Sundararajan. It may be recalled that Lt. Governor of Puducherry had said that the total eligible population of the UT would be inoculated by August 15.

The first vaccination festival was conducted for six days from June 16 to 21 and the second one from July 10 to 12.

The Puducherry administration has geared up for the vaccination drive and all departments have joined hands with the health department and is conducting a door to door campaign on vaccine awareness.

Health Department officials said that the vaccination festival would be organised in such a manner that there is awareness on the benefit of vaccination and thereby bringing in more people to the centres for taking a jab.

Puducherry Health Secretary, T. Arun told IANS: “Awareness is the key for vaccination and the hesitancy quotient had to be overcome… and for that, regular and systematic awareness is necessary. We feel that we are successful in that. We are planning to set up mobile vaccination units so that those people who have a reluctance to go to the vaccination centres will be benefitted.”