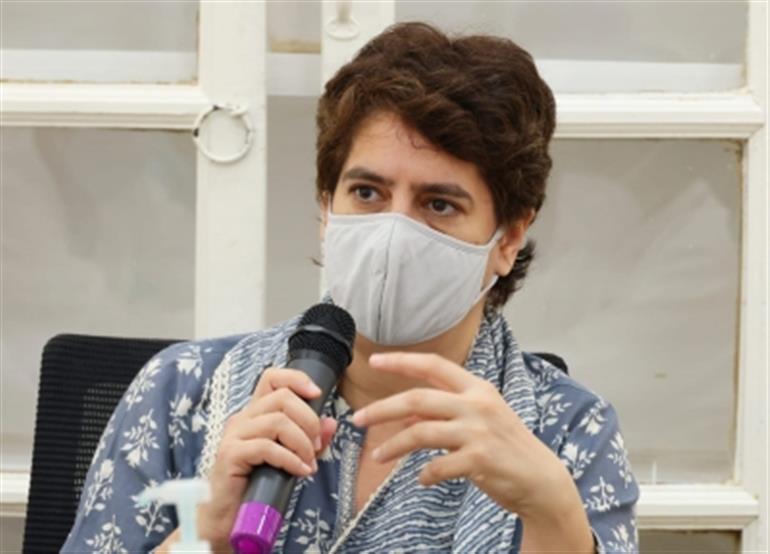 LUCKNOW: Congress general secretary Priyanka Gandhi Vadra was arrested from Hargaon in Sitapur district while she was on her way to Lakhimpur Kheri where violence had reportedly claimed eight lives on Sunday.

Priyanka Gandhi’s convoy was stopped in Lucknow and the police surrounded the Kaul House where she stays during her Lucknow visits.

However, Priyanka managed to hoodwink the cops and walked out of her residence form the side gate and after a short distance, she got into a waiting car and left for Lakhimpur Kheri with Congress leader Deependra Singh Hooda at the wheel.

As soon as Priyanka reached Hargaon in Sitapur district around 6 a.m. on Monday, she was stopped. After a minor scuffle with women constable, Priyanka demanded to see her arrest warrant. The police personnel took her into custody and she was taken to the PAC office in the district.

Congress leaders who were accompanying Priyanka created a ruckus and staged a dharna to protest against her arrest.

Priyanka promises smartphones, scooty to girls in UP