Bollywood actress and global star Priyanka Chopra Jonas looked drop-dead-gorgeous as she walked the red carpet at the 74th British Academy of Films and Television Arts (BAFTA) awards along with her American pop singer husband Nick Jonas on Sunday. The couple stirred love in the air at the Bafta’s red carpet.

Priyanka will be one of the presenters at the prestigious award function, held at the Royal Albert Hall.

Bafta’s official Twitter handle shared a love soaked picture of the couple from the red carpet. The caption read, “Red heart is in the air at the #EEBAFTAs as @priyankachopra and @NickJona arrive! Priyanka will be presenting an award later tonight.”

In the image, Priyanka is seen wearing a fiery red embroidered jacket with an open neckline paired with ivory harem pants. Nick chose a classic number as he opted for a black suit paired with a crisp white shirt.

Maintaining guidelines of Covid-19, the pair wore a black face mask, while they posed for the camera before entering.

Minutes later, Priyanka posted a picture from inside the hall and could be seen holding an envelope on her Instagram stories.

She wrote on the picture: “Kicking off the awards… I’m the first presenter #BAFTAS”. 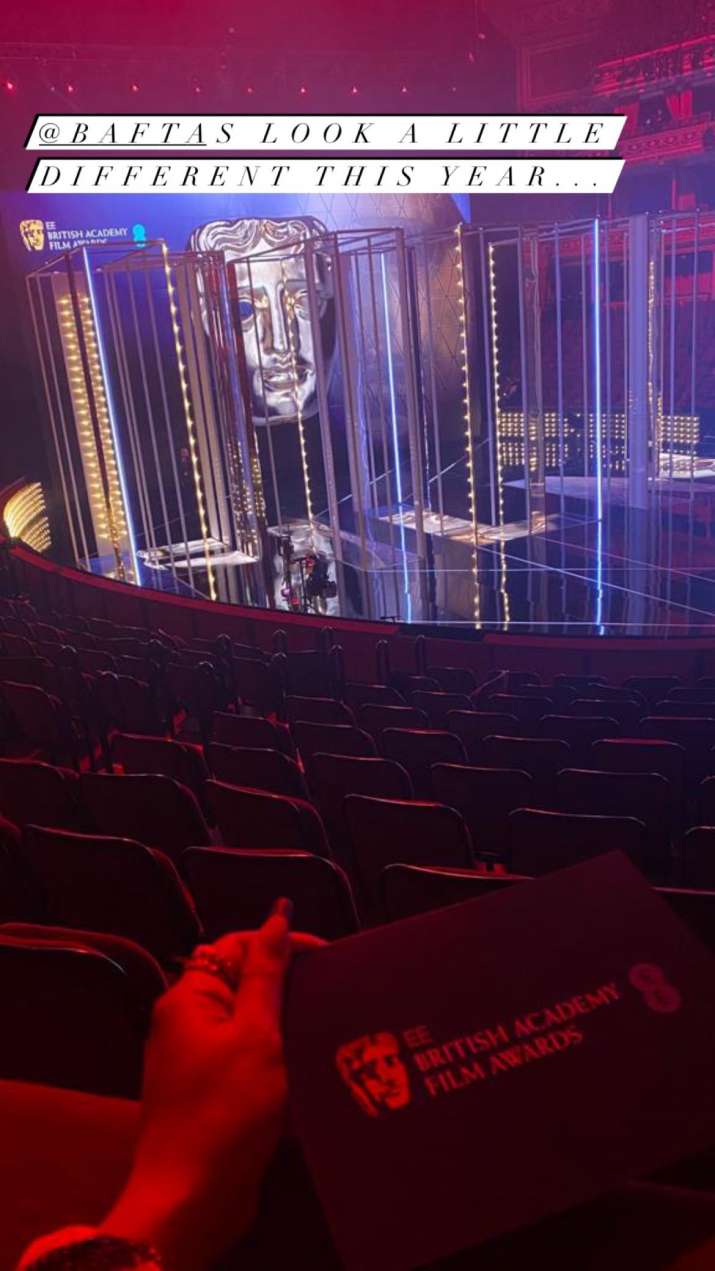 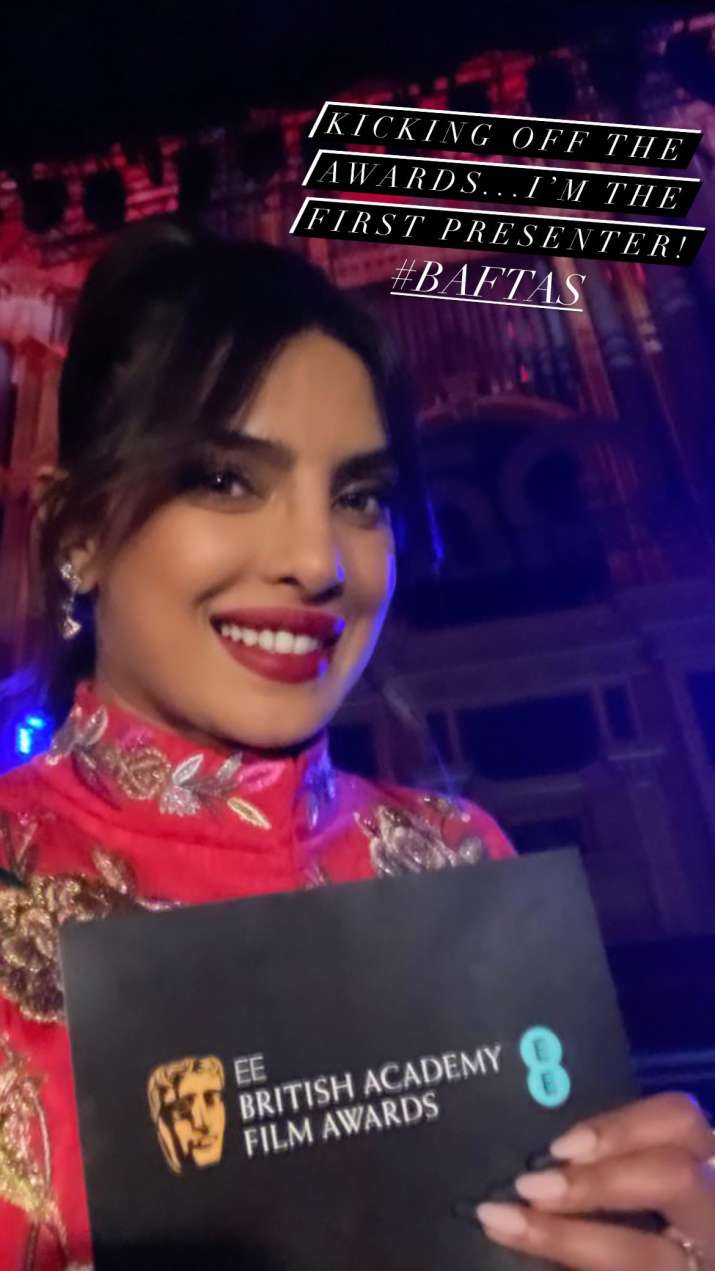 ALSO READ: Priyanka Chopra turns up heat in black at BAFTA 2021, see what Nick has to say

Priyanka’s last outing onscreen was ‘The White Tiger’, a film she featured in as well as executive-produced.

Interestingly, ‘The White Tiger’ has two nominations at the BAFTAs this year — for lead actor Adarsh Gourav in the Leading Actor category, and writer-director Ramin Bahrami in the category of Best Adapted Screenplay.

Gauahar Khan: Finally getting time to feel like a newly-wedded bride