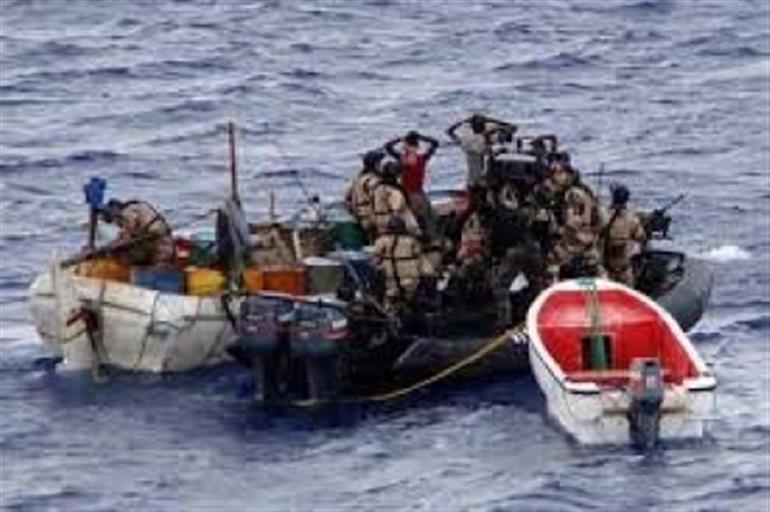 CHENNAI:  Family members of the missing Indian sailor Pankaj Kumar believed to be kidnapped by sea pirates from the ship MV Tampen anchored in West African nation Gabon are distressed.

Pankaj Kumar, aged 30, hailing from the Gurdaspur district in Punjab was the Second Engineer of MV Tampen.

“Only last year he got married. We are all distressed a lot. There is no information about his whereabouts in Gabon. The shipping company officials are saying that my brother is missing and beyond that there is no information,” Sandeep Kumar, the younger brother of sailor Pankaj Kumar, told IANS over phone.

According to Sandeep Kumar, the family consists of younger sister, their parents and wife of Pankaj Kumar.

“We have sent an email to Prime Minister Narendra Modi. We are yet to hear anything from his office,” Sandeep Kumar added.

He said requests have been made to the shipping company the Mumbai based Proactive Shipping Management to do the needful to trace his elder brother.

According to him, aerial search operations were carried out by Gabon authorities on Monday and after that it was stopped.

The ship, with 17 Indian crew, was sailing from Cameroon to the UAE when it developed some propulsion problems and was anchored just two kilometres away from Gabon’s Owendo anchorage when pirates boarded the ship on Sunday morning.

While the pirates threw Pankaj Kumar overboard, they also shot and injured Cook Sunil Ghosh and Chief Officer Naurial Vikas who were later admitted to a local hospital.

“Ghosh (from West Bengal) is doing fine in the hospital. Family members-wife and others- had spoken to him. There is no information about his discharge from the hospital,” a relative told IANS.

“All the sailors on the ship are distressed and would want to come back home,” Nithin Suresh Kuttipravan, a friend of one of the sailors Deepak Udayaraj told IANS.

Kuttipravan is reaching out to various official agencies so that the Indian sailors are brought back at the earliest.

“An official of the Indian Embassy in Congo is trying to reach out to the sailors. The ship captain is under a lot of stress and is answering the officials from the Gabon government,” Kuttipravan said.

He said as per the information from the sailors on board of MV Tampen, the ship’s satellite phone was not working for the past one month.

“They were communicating using email. Now they are using Whatsapp using their Indian SIM cards. We have requested the Indian Embassy to provide the sailors local SIM cards so that they can stay in touch with their family members,” Kuttipravan added.

The Honorary Consulate of India in Gabon is John Rupchandani.

According to Kuttipravan, all the sailors are ready to sign off and reach India at the earliest.

“It seems the shipping company wants the sailors to sail to Dubai after setting right the ship,” he said.

“As per my information, the pirates wanted to kidnap about three/four sailors. While resisting the kidnap attempt, the pirates had shot two Indian sailors,” Kuttipravan said.

According to him, the ship was sailing at a speed of four knots powered by one propulsion and the ship dropped anchor just two kilometres away from Gabon’s Owendo anchorage.

The ship is owned by Prince Marine Transport Service Pvt Ltd, Mumbai and the sailors were provided by Proactive Ship Management.

The ship sailing from Cameroon to the UAE has been facing technical problems enroute. Both its propulsion systems had stopped several times.

The vessel was diverted to Owendo for repairs as it was the nearest port.

“The marine and local police in Gabon are questioning three persons who had boarded the ship two days before the attack. We hope to know some information about the attackers and the missing crew today (Wednesday),” Captain Sunil Kumar, Security Officer of Proactive Ship Management, told IANS on Wednesday.

“One garbage cleaner and two technicians had boarded the ship as per the information conveyed to us by our agent there,” he had said.

Officials of Prince Marine Transport and Proactive Ship Management were not available for an update when contacted by IANS.