People across UP supporting us: BJP on local polls 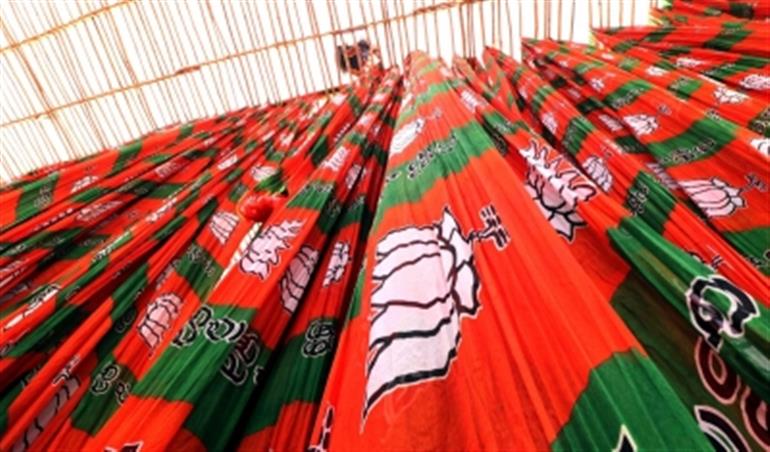 NEW DELHI: Riding high on the party’s thumping victory in Uttar Pradesh ‘zila panchayat’ and block head polls, the BJP now believes that the wind is blowing in its favour across the state and it will reflect in next year’s Assembly polls.

The saffron camp claims that people across the state are supporting the party. Of the total 825 posts of block heads, the saffron party has won 635. Earlier, the BJP managed to sweep zila panchayat head posts.

Co-incharge of Uttar Pradesh BJP, Sanjiv Chaurasia told IANS that results are clear indication about the ground reality and massive support for the BJP.

“There is huge support for the BJP government’s welfare policy and good governance model across the state which our political rivals failed to understand. Results of zila panchayat and block ‘pramukh’ (head) result have sent two clear messages, firstly the BJP has huge support at ground and secondly this support is spread across the state. Despite Rakesh Tikait leading a farmer’s protest, the BJP swept western Uttar Pradesh in both zila panchayat and block head elections,” Chaurasia said.

The saffron party feels that continuous victory at the different levels of local governance is a clear message that people are happy and supporting the BJP and the Yogi Adityanath government has the support of voters.

Chaurasia, a member of Bihar Assembly, said, “Results are people’s verdict on four years of BJP government in the state and established that everyone irrespective of caste, region and religion are happy with working of Yogi Adityanath government under guidance of Prime Minister Narendra Modi. People will also bless the BJP in the next Assembly polls as it is the only party which has performed and given a good transparent, corruption-free government.”

Many believe that maintaining the ongoing momentum in its favour till next year’s Assembly polls will ensure the BJP’s return to power for a second consecutive term.

“We are getting support from every section of society and all the regions of the state. We just need to keep working at an organisational level to connect with people and explain the achievements of the Yogi government. We also need to tell people about the welfare measures of the Modi government over seven years,” a party functionary said.