Actor Anil Kapoor‘s daughter and renowned producer-designer Rhea Kapoor and her husband Karan Boolani after their wedding jetted off for their honeymoon to an exotic location of the Maldives. The duo has been sharing scenic pictures of the beach from the island country with their fans and friends. Recently, Karan gave a sneak peek of their yacht ride in the Maldivian blues.

While Rhea looked breathtakingly beautiful in a white dress with a deep neckline and cool shades, Karan looked dapper in his casual attire. Soon after his post, comments poured in from all sides. His sister in law and actress Sonam Kapoor took to the comment section and wrote, ‘Miss you both’.

Rhea also shared a glimpse of her vacation in Instagram stories. 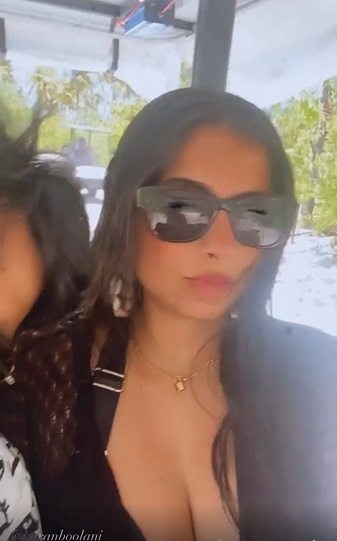 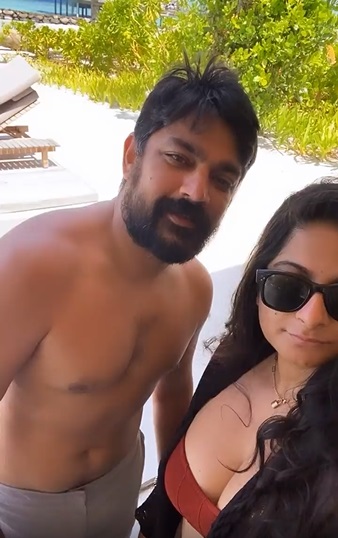 Check some more pictures from their dreamy honeymoon:

Rhea tied the knot with her longtime boyfriend Karan Boolani on August 14. The wedding took place at Anil’s Juhu bungalow followed by only friends and family reception party. At their wedding, many celebs including Khushi Kapoor, Shanaya Kapoor, Arjun Kapoor, Anshula Kapoor, Masaba Gupta and others were seen.

Recently, Karan took to his Instagram handle and revealed the ‘true story’ of how he fell madly in love with Film producer. He shared a series of pictures from their dreamy wedding party. “True story: we met on a movie set, she was new, I tried to bully her, ended up falling madly in love,” Karan wrote alongside the pics. Ditching the traditional red colour for her wedding ceremony, Rhea wore an off-white chanderi sari by designer Anamika Khanna. Rhea maintained the ivory theme from her marriage for the after-party too. She opted for a gown with an elaborate and embroidered bottom. She looked radiant in an off-white gown by designer duo Abu Jani Sandeep Khosla.