The Mumbai Police Crime Branch on Saturday issued an appearance notice to former Police Commissioner Param Bir Singh asking him to before it for questioning on October 12 in connection with the extortion case. 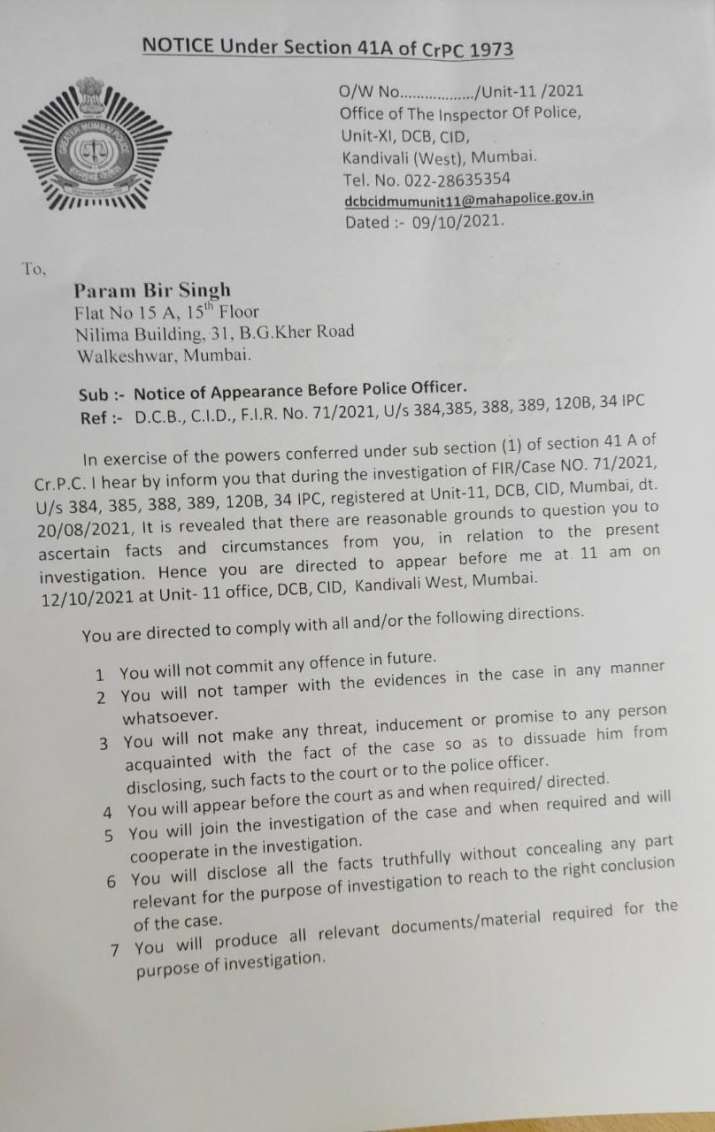 Earlier, a lookout notice has been issued against former Mumbai police commissioner Param Bir Singh following inputs that he might have left the country, Maharashtra Home Minister Dilip Walse Patil has said.

“There are inputs that Singh may have left the country. But there is no concrete information yet,” he said. “Being a government officer, there are restrictions on travelling abroad. You can’t leave the country without the government permission.  Still if he has left, it is not good,” Walse Patil added.

He said the state government was in touch with the Centre to find Singh, who had levelled allegations of bribery against former Maharashtra home minister Anil Deshmukh.

The Central Bureau of Investigation (CBI) and the Enforcement Directorate (ED) are probing the allegations made against Deshmukh by the senior IPS officer.