NEW DELHI: Melinda Gates, the wife of Microsoft co-founder Bill Gates and the co-chair of the world’s largest private charitable foundation, has announced separation after 27 long years of their marriage.

The two, however, said that they would continue to work together at the Bill & Melinda Gates Foundation, the world’s largest private charitable foundation.

In identical tweets, they said they had made the decision to end their marriage of 27 years. “We have raised three incredible children and built a foundation that works all over the world to enable all people to lead healthy, productive lives,” the duo said in a statement.

“We ask for space and privacy for our family as we begin to navigate this new life,” the statement added.

Melinda was born as Melinda Ann French on August 15, 1964, in Dallas, Texas. Her father, Ray French, was an aerospace engineer during her upbringing, while her mother, Elaine French, was a housewife. She has three siblings: one older sister and two younger brothers.

Elaine, who never went to a college, placed a strong emphasis on her children’s higher education. In order to provide for their children’s schooling and tuition, the family spent weekends maintaining their rental properties.

As a grown-up, Melinda developed an early interest in computers while studying advanced maths at the Ursuline Academy, a Catholic school for girls. She went on to pursue this interest in college and later earned a bachelor’s degree in computer science from Duke University in 1986. The following year, she obtained a master’s in business administration, with a focus in economics, from Duke University’s Fuqua School of Business.

Melinda was employed by the Microsoft Corporation in 1987. She started out as a product manager, primarily developing multimedia and interactive products. During the nine years of her association with Microsoft, Melinda rose to become the general manager of information products. Several important projects she worked on included – the budget trip-planning website Expedia, the interactive movie guide Cinemania and the multimedia digital encyclopedia Encarta.

Meeting Bill Gates and their marriage in Hawaii

Melinda first met her new boss, Bill Gates, at a PC trade show in Manhattan in 1987. During her interaction with him, she was impressed with Bill’s sense of humor which she felt was very “surprising and refreshing.”

The couple dated for six years before Bill proposed to Melinda. Melinda and Bill entered into wedlock on the Hawaiian island of Lanai in 1994.
Melinda gave birth to the couple’s first child, a daughter named Jennifer Katharine Gates, in 1996. At that time, she decided to leave her job at Microsoft so she could focus on kids, family and philanthropic efforts. 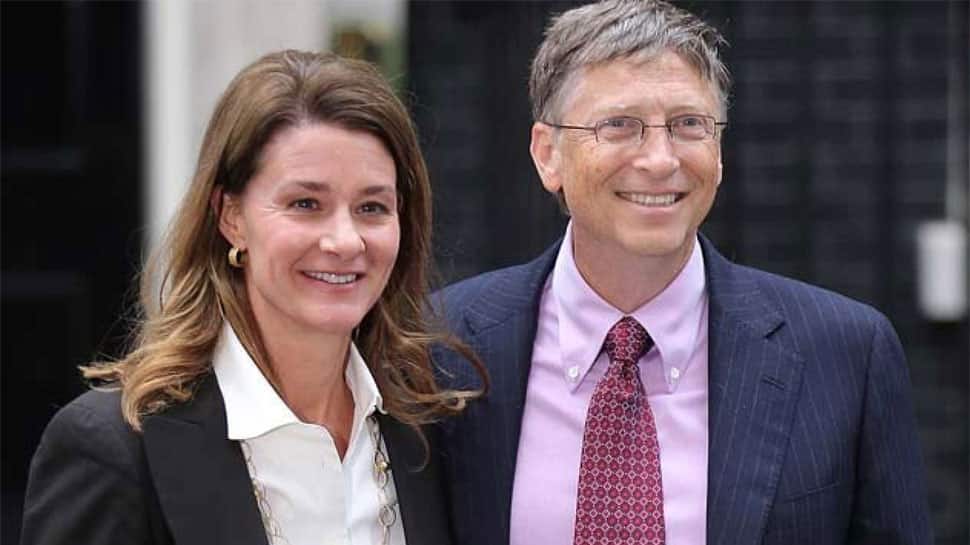 The sprawling Seattle-based Bill and Melinda Gates Foundation is the most influential private foundation in the world, with an endowment worth nearly USD 50 billion. It focuses on global health and development and US education issues since incorporating in 2000.

Although the foundation’s initial goal was to place computers and Microsoft products in libraries all over the United States, over the years Melinda expanded the organization’s vision to include worldwide improvements in education. The Bill & Melinda Gates Foundation’s efforts also came to address global poverty and health issues. In the year 2015, they were recognized for their philanthropic work with the Presidential Medal of Freedom from President Barack Obama.

In her 2019 memoir, “The Moment of Lift”, Melinda Gates wrote about her childhood, life and private struggles as the wife of a public icon and stay-at-home mom with three kids. “How can we summon a moment of lift for human beings – and especially for women? Because when you lift up women, you lift up humanity,” she wrote in her memoir.

As the public face of the foundation’s COVID-19 grants and advocacy work, Bill Gates has come under fire for being a staunch supporter of intellectual property rights for vaccine makers. While the tech icon says protecting the shots’ recipes will ensure incentives for research and development, critics claim that mentality hampers supply in favour of drug company profits.

Last year, Bill Gates said he was stepping down from Microsoft’s board to focus on philanthropy. He was Microsoft’s CEO until 2000 and since then has gradually scaled back his involvement in the company he started with Paul Allen in 1975. He transitioned out of a day-to-day role in Microsoft in 2008 and served as chairman of the board until 2014.

Microsoft investigated Bill Gates for ‘sexual relationship’ with employee before he left board: Report