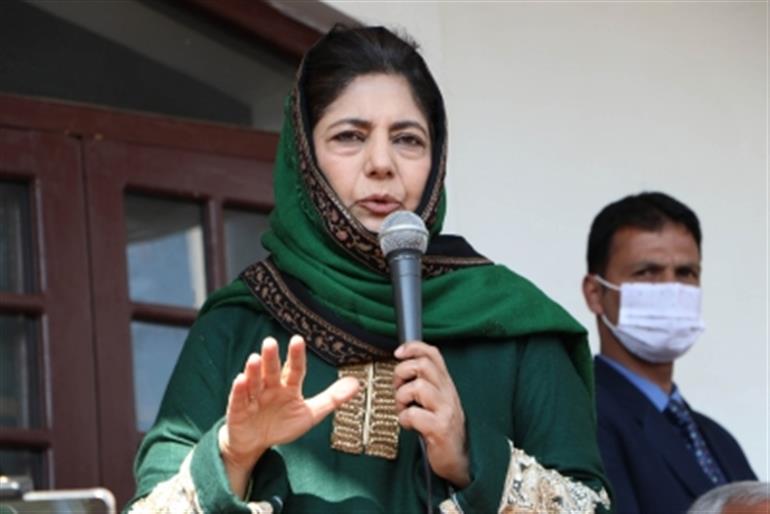 “Locked up in my house today yet again for attempting to visit the village in Tral allegedly ransacked by army. This is the real picture of Kashmir that visiting dignitaries must be shown instead of GOIs sanitised & guided picnic tours,” Mufti tweeted and also posted the picture of a security force vehicle cross-parked outside the gate of her high security Gupkar Road residence.

There has been no official response to her allegations so far.

CHENNAI:  PMK founder leader S. Ramadoss has said that buying power at a rate of ...