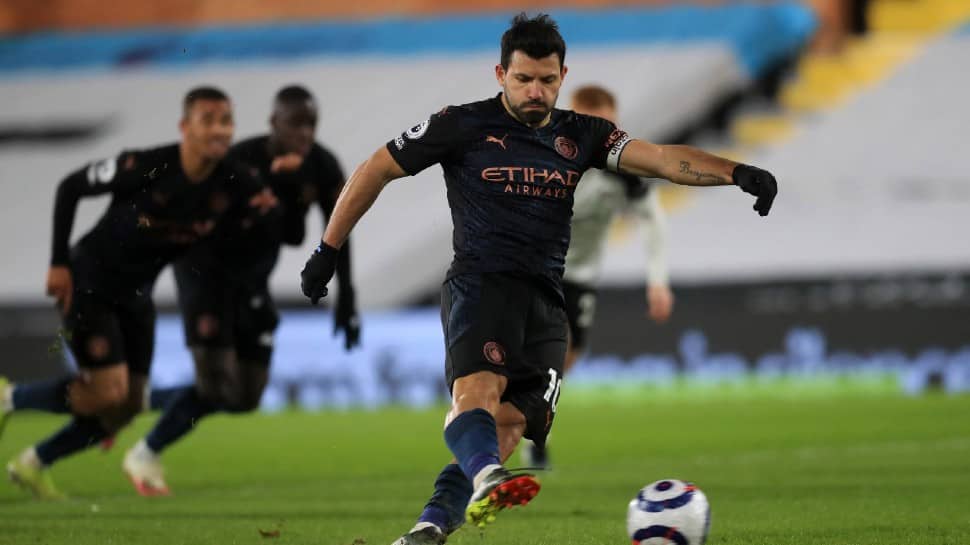 Manchester City’s all-time top scorer Sergio Aguero will leave when his contract expires at the end of the season, the Premier League club announced on Monday (March 29). The 32-year-old joined the Etihad club from Atletico Madrid in 2011 and went on to score a club record 257 goals in 384 appearances, winning four Premier League titles, one FA Cup and five League Cups.

The Argentine is the highest scoring foreigner in the Premier League and the division’s fourth-top scorer of all time with 181 league goals. “When a cycle comes to an end, many sensations arise,” Aguero wrote in a social media post.

“A huge sense of satisfaction and pride remains in me for having played with Manchester City for a whole 10 seasons – unusual for a professional player this day and age. With the guidance of the owners and the contributions of many players, we earned a place among the greatest of the world,” he added.

“The task to maintain this well-deserved privileged position will remain on others.”

Aguero’s most memorable goal was the injury-time winner against Queens Park Rangers on the final day of the 2011/12 season that sealed City’s first English title in 44 years. “Sergio’s contribution to Manchester City over the last 10 years cannot be overstated,” said club chairman Khaldoon Al Mubarak.

“His legend will be indelibly etched into the memories of everyone who loves the club and maybe even in those who simply love football.”

Aguero’s contract runs out at the end of the 2020/21 campaign, when he will become a free agent. Premier League leaders City said a statue will be erected outside the Etihad Stadium in the Argentine’s honour, alongside those of his former team mates David Silva and Vincent Kompany.

“We will be commissioning an artist to create a statue of Sergio to live at the Etihad Stadium alongside the ones under construction for Vincent and David,” Al Mubarak said.

“We look forward to the opportunity to bid Sergio a fitting farewell at the end of the season.”

Aguero has been a peripheral figure at City this season, making eight Premier League appearances after struggles with injury and illness. Manager Pep Guardiola has handed the striker two starts since his recovery from COVID-19 in January, and he scored his first league goal of the season in City’s last match, a 3-0 win at Fulham.

Pakistan need to have a benchmark for selecting players for national team: Younis Khan

Should be on the biggest behind Virat Kohli: Michael Vaughan disappointed with Ravindra Jadeja’s BCCI contract