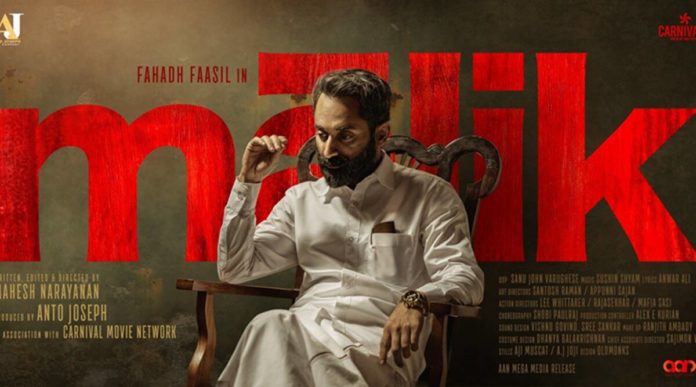 Malik Amazon Prime Video: Malik is the new upcoming film of the Malayalam industry that is going to release today on amazon prime video as a direct OTT release, the film will go live today on Amazon Prime Video, here we are going to talk about the release time parental guidance, total runtime and few more details of the film.

The movie stars Fahadh Faasil, Nimisha Sajayan, and Joju George in main lead roles, the film is a political drama directed and written by Mahesh Narayanan. The film is produced by Anto Joseph, the movie is all set to release today at midnight on Amazon Prime Video.

The movie will release around 10 Pm on Amazon Prime Video, Although the official release time is 12 Am midnight, in most cases, the movies on prime get released by 9 Pm to 10 Pm, so, if we go by the trends, we may get to see the film by 10 Pm on the 14th July 2021 itself.

The film is rated UA by the censor, which means you can watch the film with family, we will update the detailed Parental Guidance like Skin Show, Dialogues after the release of the film. The review of the film will be available tonight in our review section.

The film is about the Political Powers and a common man who fights against everyone for his land, will be able to win over these powerful leaders and police, if yes, how,? To know this you have to watch the full film on Amazon Prime Video.

The trailer of the film is available on Amazon Prime Video and it looks like Fahadh is all set to give another blockbuster, what do you think about it? please let us know in the comment section, for more news and updates, stay tuned with us.