As Maharashtra is facing rain fury, Chief Minister Uddhav Thackeray will visit one of the worst flood-affected regions Ratnagiri district on Sunday. Leader of Opposition (LoP) Devendra Fadnavis, Union Ministers Narayan Rane, Ramdas Athawale will also review the situation in Raigad, Ratnagiri tomorrow as the state deals with its worst flood situation that has killed over 140 people and displaced thousands.

NDRF teams increased to 34 from 26 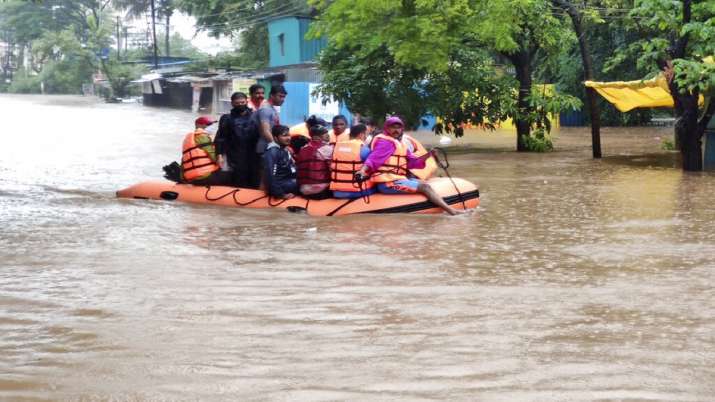 The National Disaster Response Force (NDRF) has enhanced the number of its teams from 26 to 34 for undertaking rescue operations in the coastal areas of Maharashtra that have been hit by landslides and floods triggered by torrential rains.

A spokesperson for the federal contingency force said these teams are being deployed in affected areas of Mumbai, Ratnagiri, Thane, Palghar, Raigad, Satara, Sangli, Sindhudurg, Kolhapur, Pune and Nagpur for rescue and relief work after consultation with the state administration.

“In view of the severity of the situation, additional eight NDRF teams have been airlifted from Kolkata and Vadodara base which are being deployed in affected areas of Maharashtra,” the spokesperson said.

“This will take the total NDRF deployment to 34 teams,” the spokesperson said. 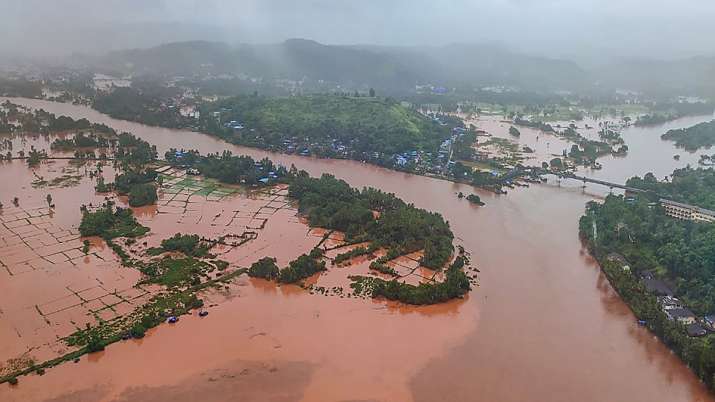 The NDRF teams have rescued about 1,800 stranded people and evacuated 87 people to safer places till now, he said.

“These teams have also retrieved 52 bodies from various landslide sites and extensive searches are on for the missing persons,” he said.

The force is constantly tracking the India Meteorological Department’s weather forecast and the Central Water Commission’s report with regard to Mumbai and coastal districts of the Konkan region in Maharashtra that are witnessing heavy rainfall since the last few days, the spokesperson said.

An NDRF team usually has 47 personnel and they are equipped with life-saving equipment, inflatable boats and tree and pole cutters. 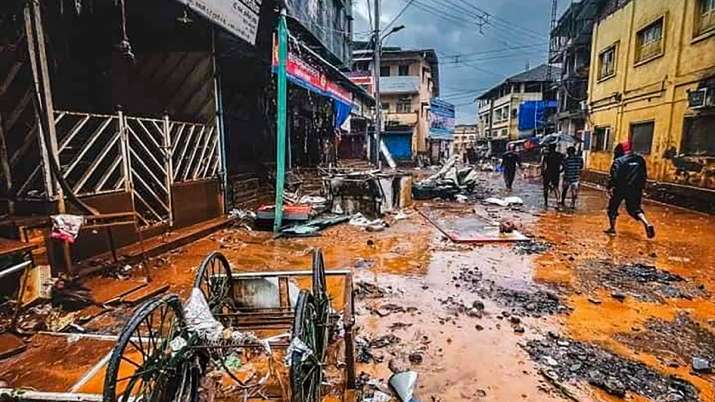 Raigad district seems the worst-affected by the rain fury where 47 people lost their lives, including 37 in the landslide at Taliye village on Thursday, according to the state disaster management department. 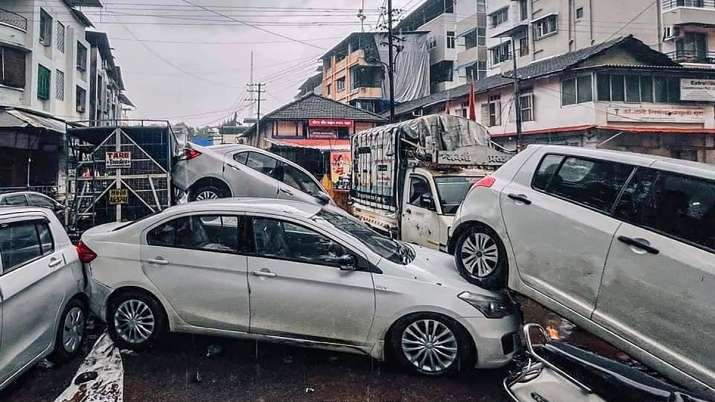 The Maharashtra government will provide free food-grains and kerosene to the people in the flood-hit regions of the state, Food & Civil Supplies Minister Chhagan Bhujbal said on Saturday.

The special aid will be given to all the people who have lost everything and around 89,000 have been rendered homeless in the ravaged regions of Raigad, Sindhudurg, Ratnagiri, Sangli, Kolhapur and Satara which are hit the most by the torrential downpour since Thursday.

Accordingly, the government will provide 10 kg wheat, 10 kg rice, 5 kg dal and 5-litre kerosene to each family, as per a government policy of March 2019, said the minister.

WATCH | Visuals of devastation in Konkan, Maharashtra due to flood, landslide, rains

President Ram Nath Kovind on Saturday called Maharashtra Governor Bhagat Singh Koshyari and expressed his concern over the loss of life and property in the state due to rains and floods. The governor apprised the President about rescue and relief works undertaken to mitigate people’s plight, the Rashtrapati Bhavan said.

Over 138 people have died in rain-related incidents, including multiple landslides, in Maharashtra over the last two days, according to official data updated till Friday.

PM Modi announces ex-gratia to the kin of deceased

Prime Minister Narendra Modi on Friday condoled the loss of lives in a landslide in Maharashtra’s coastal Raigad district and announced an ex gratia of Rs 2 lakh for the next of kin of the deceased.

Modi said the situation in Maharashtra due to heavy rains is being closely monitored and assistance is being provided to the affected.