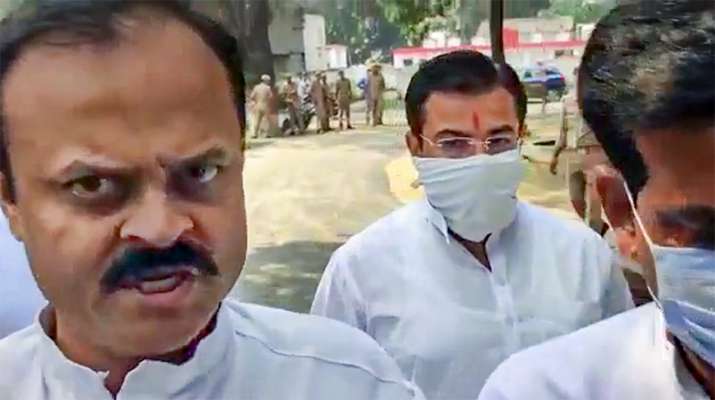 Lakhimpur Kheri Violence: After more than 11 hours of interrogations, Union Minister of State for Home Ajay Mishra’s son Ashish Mishra was arrested late on Saturday in connection with the October 3 Lakhimpur Kheri violence. The development comes a day after the Supreme Court had expressed dissatisfaction over the state government’s action in the case. Mishra appeared before the SIT at around 10.30 AM after the second summons was served to him the previous day when he did not turn up for interrogation. He was arrested at around 11 PM after being grilled by the SIT at the crime branch office in the Police Lines. Ashish Mishra was named in an FIR following allegations that he was in one of the vehicles that mowed down four farmers protesting over UP Deputy Chief Minister Keshav Prasad Maurya’s visit last Sunday. Two BJP workers and their driver were allegedly lynched by angry farmers in the incident. Local journalist Raman Kashyap also died in the violence, which has triggered a political storm and put the BJP government on the back foot in poll-bound Uttar Pradesh.