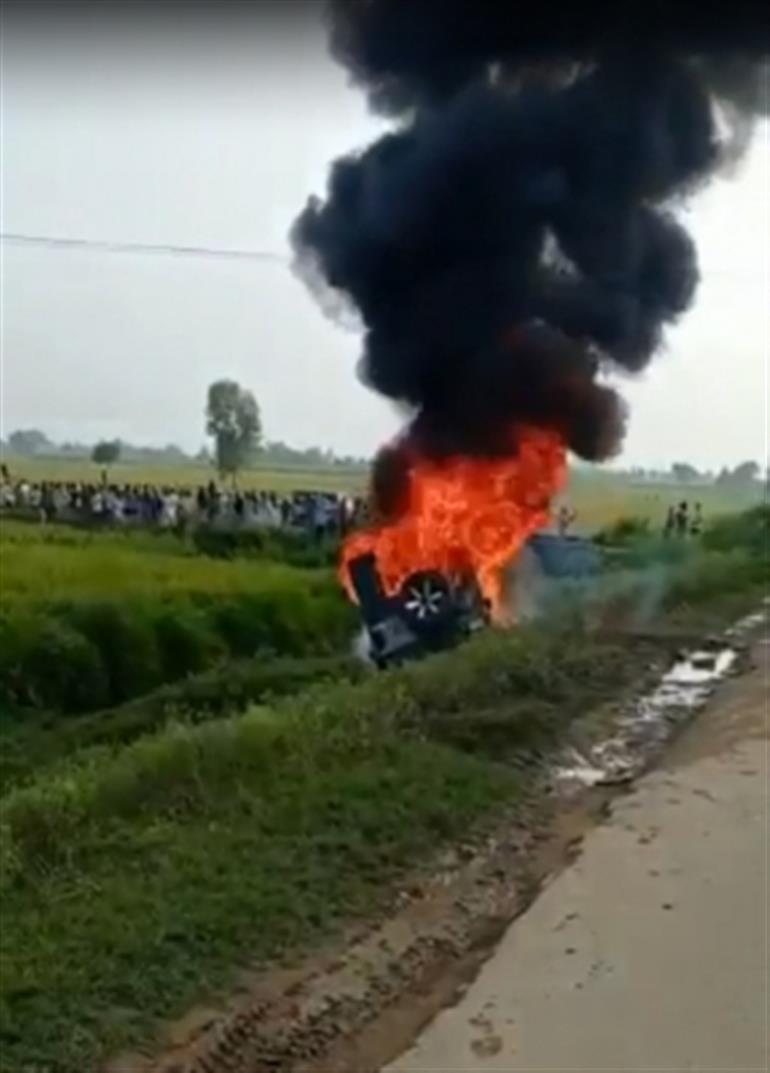 LUCKNOW: Ashish Mishra, son of Union minister, Ajay Mishra Teni, failed to turn up before the Lakhimpur police on Friday to record his statement.

Ashish had been summoned to appear at 10 a.m. at the crime branch office in the reserve police lines on Friday. However, he failed to turn up at the given time.

According to police sources, the police had been tracking Ashish Mishra’s mobile phone and his location was found to be near Gauriphanta on the Uttar Pradesh-Nepal border on Thursday.

However, he is apparently changing his location which is now said to be in Bajpura in Uttarakhand.

“We have alerted our counterparts in Uttarakhand and also Nepal, and teams have been set up to search for him,” said a senior police official.

Meanwhile, workers at his Dulari House residence in Shahpura area in Lakhimpur said that he had left home ‘two days ago’.

Apparently, he was apprehensive of being arrested by the police.

Samajwadi Party president Akhilesh Yadav on Friday said Ajay Mishra Teni had old connections with Nepal and it is now up to the Central government to intervene in the matter.