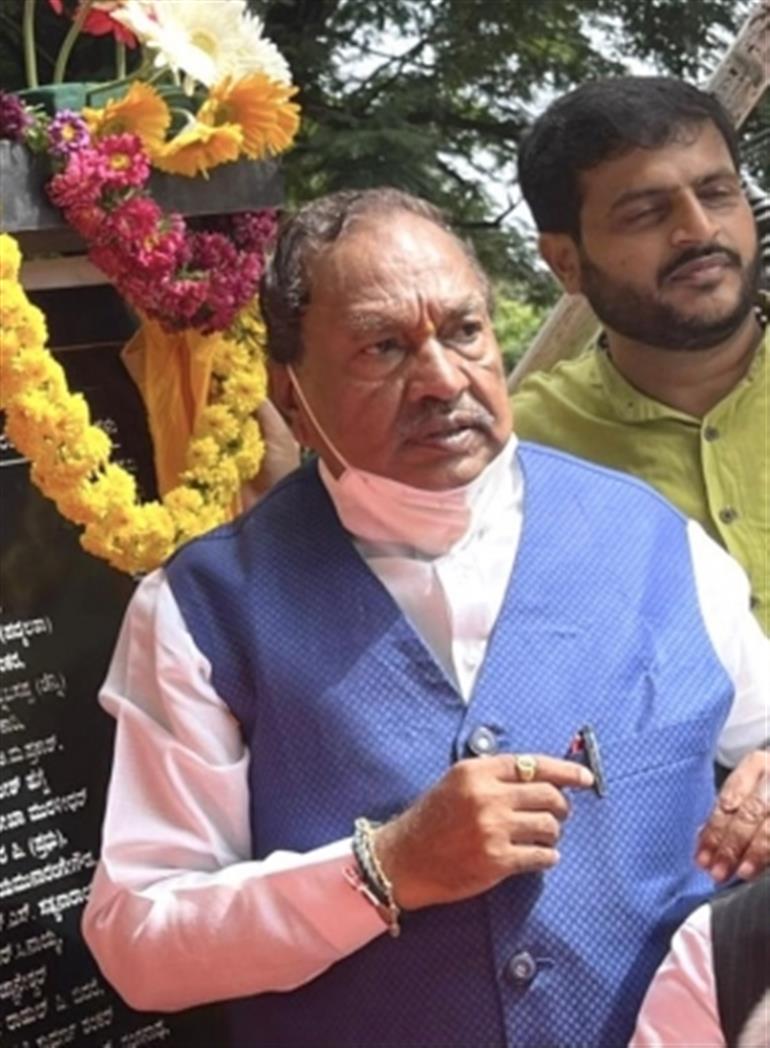 BENGALURU: Nearly a dozen seers from the Kuruba (shepherd) community on Thursday appealed to the BJP high command to appoint veteran saffron party leader in the state, K.S. Eshwarappa, as the Deputy Chief Minister in the newly sworn-in Karnataka cabinet led by Chief Minister Basavaraj Bommai.

Kuruba is the third biggest community in the state after the politically dominant Lingayat and Vokkaliga, forming nearly 8 per cent of the state’s population.

Nearly a dozen Kuruba seers from north Karnataka region, led by Sri Shantamaya Revanasiddeshwara Swamiji, told reporters that the Kuruba community is spread over a large area, from Bidar district in the north of the state to Chamarajnagar district in the south, and Eshwarappa along with former Chief Minister B.S. Yediyurappa had worked equally hard to build the BJP’s base in the state.

“Ideally, Eshwarappa should have replaced Yediyurappa, going by his seniority and given his contributions to the party in the state. But with the BJP central leadership choosing another Lingayat to replace him (Yediyurappa), Eshwarappa should at least be made the Deputy Chief Minister in the new dispensation,” the seers demanded.

Sri Malingaraya Maharaj of Hulajanti Matha said that the BJP should have made Eshwarappa the Chief Minister at least once, given that his contemporary (Yediyurappa) got four chances at the helm of the state and was even allowed to choose his successor.

During the interaction with the media that lasted for over 90 minutes, the seers highlighted Eshwarappa’s contributions to the BJP’s rise in the state.