Kartik Aaryan waves at paps from his residence, dons a casual look – In Pics 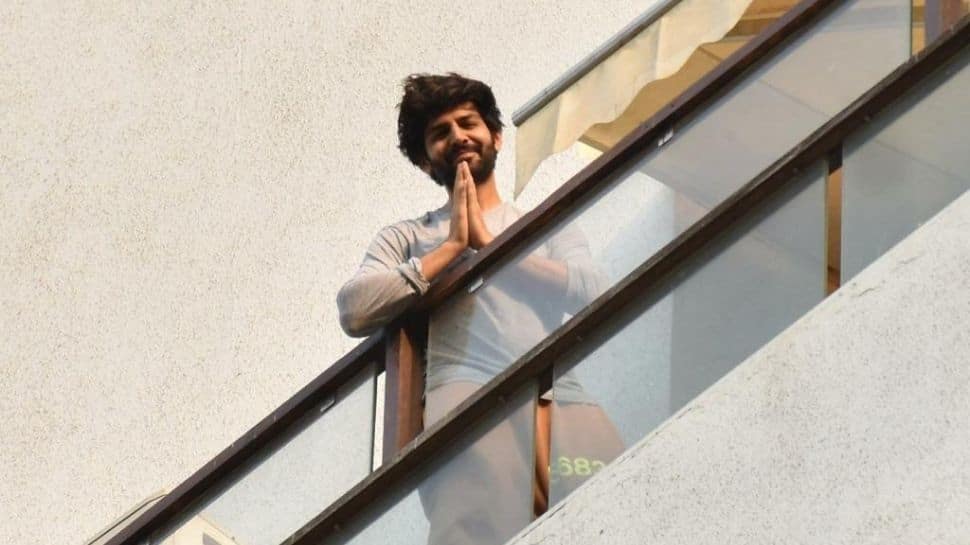 New Delhi: With surge in COVID-19 cases across the country, once again life has come to a standstill for many. After several celebs were trolled for their vacay pictures, stars are keeping their personal lives low key. Actor Kartik Aaryan was recently snapped at his balcony.

Kartik, who was chilling in his balcony, smiled and waved at the paparazzi as he was clicked by the shutterbugs.

The ‘Luka Chuppi’ actor also showed his gratitude towards paps with folded hands. He looked stylish as ever in a comfy grey T-shirt teamed with track pants.

On the work front, the ‘Sonu Ke Titu Ki Sweety’ actor will be seen in ‘Bhool Bhulaiyyaa 2’. The film also stars Kiara Advani and Tabu in lead roles.

The reason behind change of cast is yet to be ascertained.