Actor Kareena Kapoor Khan has made a special promise to herself on her 41st birthday. On Wednesday, Kareena, who is currently holidaying with husband Saif Ali Khan and sons Taimur and Jeh in the Maldives, took to Instagram and shared a perfect silhouette family image. In the picture, the four of them can be seen walking on the beach. A ‘Happy Birthday’ sign made with fire is also visible.

Apart from the scenic click, Bebo’s caption also won many hearts. Through her caption, she revealed that she has promised herself to keep the fire burning inside her. “Keep the fire burning… birthday promise to myself,” Kareena captioned the post.

Yesterday, the actress gave a glimpse of the celebration with her husband Saif Ali Khan.Bebo posted a romantic picture with Saif as they cuddled on a sunny beach. 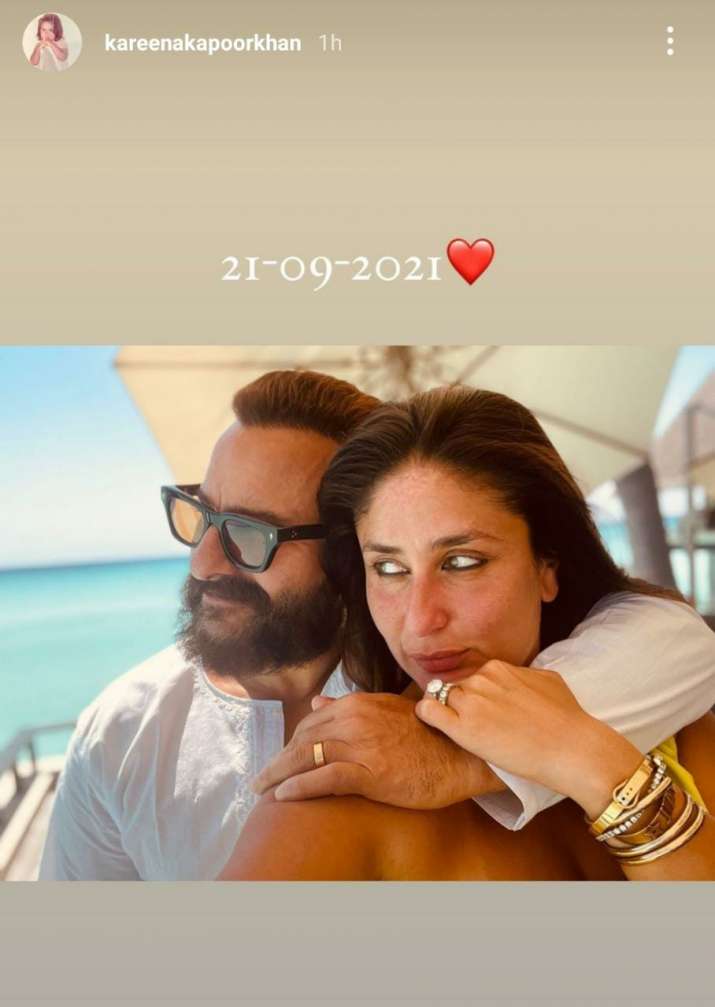 Meanwhile, on the work front, Kareena, who recently launched her book ‘Pregnancy Bible’, is all set to make her debut as a producer with director Hansal Mehta’s yet-to-be-titled thriller. She will also act in the film and will be co-producing it with Ekta Kapoor. Kareena will also be seen in ‘Laal Singh Chaddha’, which reunites her with Aamir Khan, who last worked with her in ‘3 Idiots’. Apart from Kareena, Mona Singh will also be seen in the movie.