Kangana Ranaut reacts to Raj Kundra’s pornography case: ‘This is why I call movie industry a gutter’

Actress Kangana Ranaut took to social media on Tuesday to react to the news of businessman Raj Kundra’s arrest on charges of making pornographic content and publishing them through mobile applications. Actress-producer Kangana also warned saying she would expose the underbelly of “Bullywood” in her upcoming production “Tiku weds Sheru”.

“This is why I call movie industry a gutter… all that glitter is not gold, I am going to expose underbelly of Bullywood in my upcoming production called Tiku weds Sheru…” the actress wrote on Instagram story.

“We need strong value system and conscience in the creative industry and of course a whip,” she added. 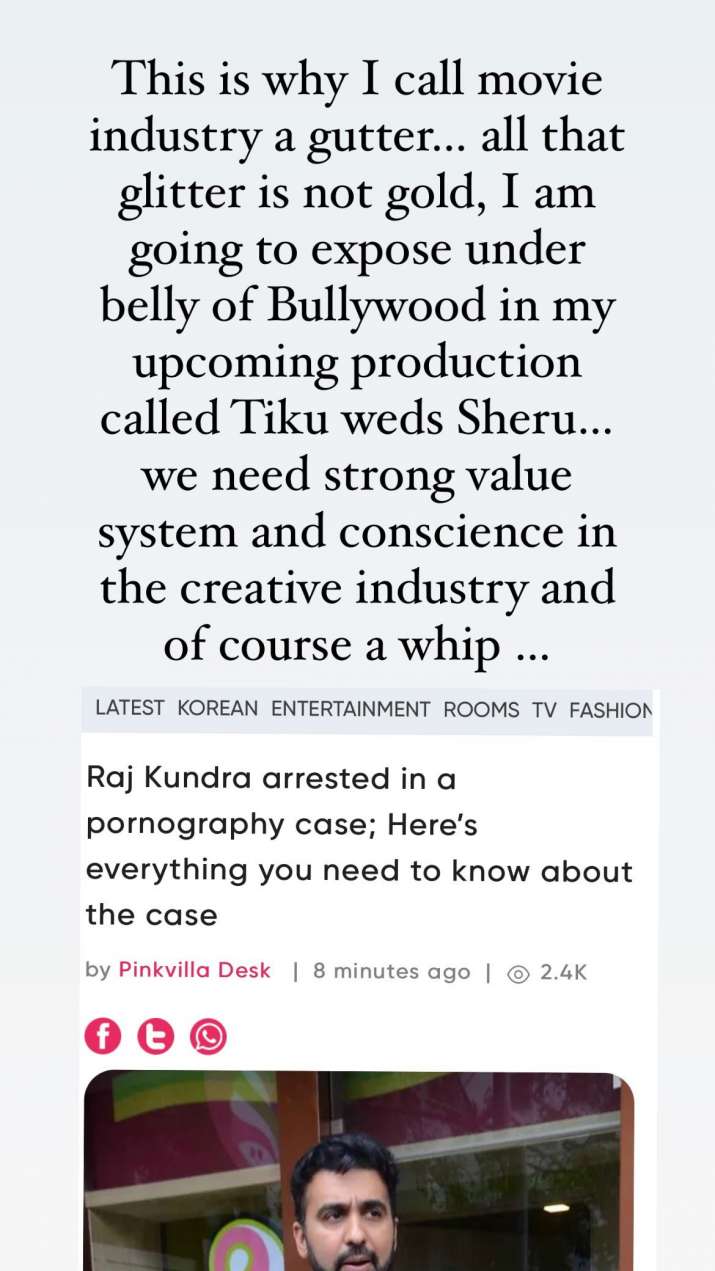 The Mumbai Police late on Monday arrested actress Shilpa Shetty’s husband and businessman Raj Kundra, on charges of making pornographic content. Kundra, who was produced before a Mumbai magistrate on Tuesday, has been remanded to police custody till July 23.

On the professional front, Kangana is looking forward to the release of her upcoming film Dhaakad, which also stars Arjun Rampal. Recently she had shared that Arjun has wrapped up shooting his portions for the action film. Kangana posted a picture on Instagram Story, where Arjun can be seen opening a bottle of champagne. The actor wears a black vest, flaunting blonde hair and a tattoo on his chest.

“It’s a film wrap for our baddy @rampal72 will miss you on the sets #Dhaakad,” Kangana wrote on the image.

She also has films such as “Thalaivi”, period drama “Manikarnika Returns: The Legend Of Didda” and “Tejas” in the pipeline. Kangana will also don the Director’s hat for the second time for “Emergency”, based on the life of late Indian Prime Minister Indira Gandhi.