Kangana Ranaut is often in controversy over her social media posts and tweets. Now Kangana seems to be openly favoring BJP. In such a situation, now the actress and her fans have received a big setback. Kangana Ranaut has been handling her Twitter for some time, after which she has started speaking. Kangana is seen openly messing with everyone. Perhaps this is why Kangana had to pay for it and her Twitter account was suspended. 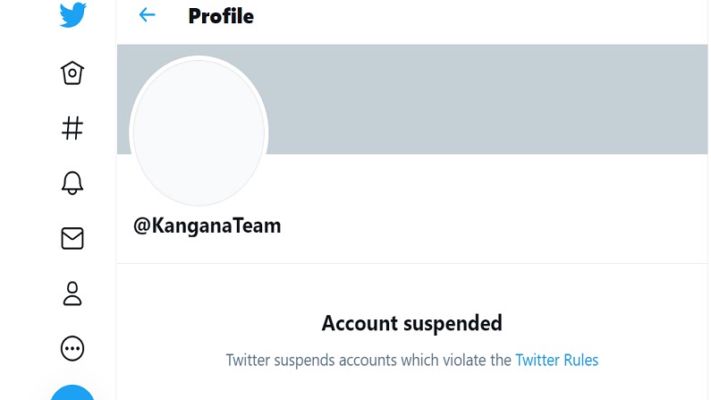 Recently, Mamta Banerjee’s government has been formed once again in West Bengal. After which Kangana was making many tweets against TMC. Kangana was openly supporting the BJP and was targeting TMC. Meanwhile, the suspension of the actress’ account is going to come as a shock to all. Kangana has been openly appearing on social media in support of BJP and Prime Minister Modi for a long time. In such a situation, Kangana was targeting TMC on the way violence is happening in West Bengal.