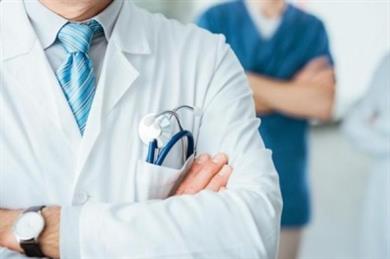 NEW DELHI: Amid the coronavirus pandemic across the country, junior doctors and nurses have faced harrowing experiences coupled with a litmus test on a frequent basis while on duty.

A 27-year-old junior doctor Vinod Chauhan, who began his career recently, recalls a harrowing incident during the Covid-19 pandemic, and said, “On the very first day of my joining, a Covid-infected woman died whom I could not save. I have not forgotten the name of that patient till date. I had never thought of experiencing such an incident on the very first day.”

Chauhan had completed his MBBS from abroad in 2018 and returned to India to practise medicine. During the Covid-19 pandemic last year, his first duty as a qualified doctor in December 2020 was in the Covid ward of Delhi’s AIIMS Hospital.

He told IANS, “It was entirely a new experience for me, I was doing CPR constantly trying to save a Covid patient. But unfortunately, I could not save him.”

“The process of discharge summary, death certificate etc of the deceased patient had to be completed but I was told by the hospital authorities that I have to complete this process. This experience was all new to me. It took me 12 hours to complete all formalities instead of the usual 6-hour.”

During the second wave of Covid-19 infection, a friend of Vinod Chauhan asked for help in arranging medicines for his family, but he could not manage it despite all efforts, following which he had strained ties with his friend.

Vinod is not the only resident doctor who has undergone this kind of experience during the corona pandemic. A total of 550 doctors mainly young have died in the second wave across the country. However, there were some doctors who were working as interns in hospitals.

The 26-year-old Samar Ajmat, who works in the emergency ward of LNJP Hospital at New Delhi, joined the hospital in January this year and while treating Covid-19 patients also contracted the virus during the second wave.

Sharing her experience with IANS, Samar said, “When I joined the hospital in January 2021, the situation was normal at that time, but after a few months the situation changed completely. During the second wave of the pandemic, more critical patients came as compared to the first wave. Every patient had lower oxygen levels.”

“While treating several Covid-19 patients, I got infected on April 27 and recovered after 15 days and joined the hospital again. As fellow doctors were constantly getting infected, the doctors looking after patients were fewer in number.”

He said, “As a doctor is present in the Covid ward, there are only Covid patients lying everywhere. After wearing the PPE kit, we are unable to know who were the doctors working with us.”

However, there were some junior doctors who could not save the patient even after taking full care due to which they faced sleepless nights.

The 24-year-old Vishnu (a junior doctor) working at RML Hospital, told IANS, “I was about to take off my PPE kit after I moved out of the Covid ward. Suddenly I got the news that a patient was having trouble in breathing. It took me some time to wear the PPE kit again.”

“I immediately informed my senior doctor. But even after every possible effort, that patient could not be saved. The patient was watching a movie during his last moments and told me that ‘I will get well soon’.”

Vishnu said, “I had not been able to sleep that night after receiving news of the Covid patient’s death.”

Equally disturbing has been the time for nurses working in the hospitals. Due to restrictions imposed, nurses had to stay outside for 12 hours continuously as a result of which they were afraid to even touch their own children in the house.

Meghna (name changed), Nursing Officer working at Delhi’s RML Hospital, told IANS, “I have a three-year-old son who used to play with me. During the second wave it became so difficult that even touching my own child instilled fear in me.”

“Due to the lockdown there was no mode of transport available to visit the hospital. I used to leave my house at 6 a.m. from Faridabad and returned home at 6 p.m.”

Nurse Meghna’s friend Shaurya (name changed) recalls, “During the second wave there was a major shortage of beds. Many of our family members urgently required beds in the hospital but even after working in the hospital we could not help them.”

“People feel as we are working in the hospital, facilities like beds are easily available to us. This is a wrong conception as we, too, have to struggle like common man.”

There were many junior doctors working in the emergency and Covid wards of hospitals who had to work overtime as the fellow doctors had been infected with Covid-19. Many a times they have had to sleep in the hospital.

According to junior doctors, they are giving their 100 per cent and want every patient’s life to be saved but the family of the patients sometimes feel that “we are negligent after which they indulge in fights with us. It pains us to see such things”.

The resident doctors and nurses have learned a lot during the second wave of the pandemic though now India is witnessing a decline in new cases of Covid-19 infection.

WASHINGTON: The overall global Covid-19 caseload has topped 175.8 million, while the deaths have surged ...