After having a successful release in theatres on March 19 Arjun Kapoor and Parineeti Chopra starrer edgy Dibakar Banerjee thriller Sandeep Aur Pinky Faraar had an OTT release on May 20. Bollywood stars including Alia Bhatt, Janhvi Kapoor and many others on Wednesday heaped praise for the actor and their stellar performance.

The ‘Student Of The Year’ Alia Bhatt actor shared the poster of the film on her Instagram Story, writing, “What an amazing film!!!! Arjun, Pari, Dibakar! You guys are just so good!!! Congratulations (five red heart emoticons).” 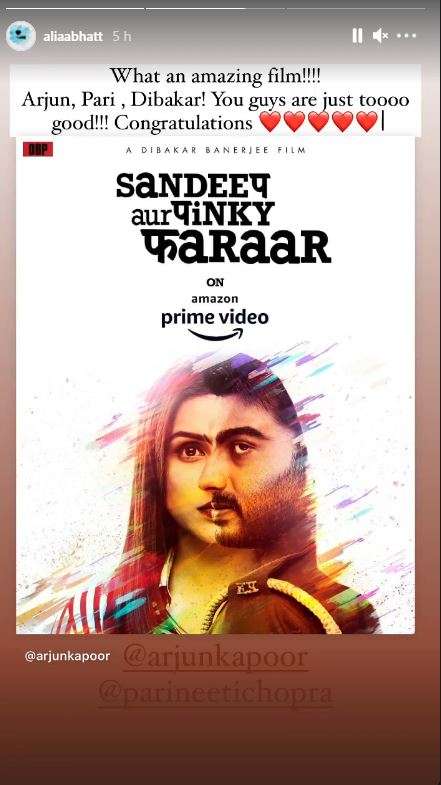 The ‘Dhadak’ actor Janhvi Kapoor too took to her Instagram Story and she not only praised it, but also shared a swipe up on her story to see her ‘favourite part’. She wrote, “You guys should be so proud!!!! It’s a must watch!! “ 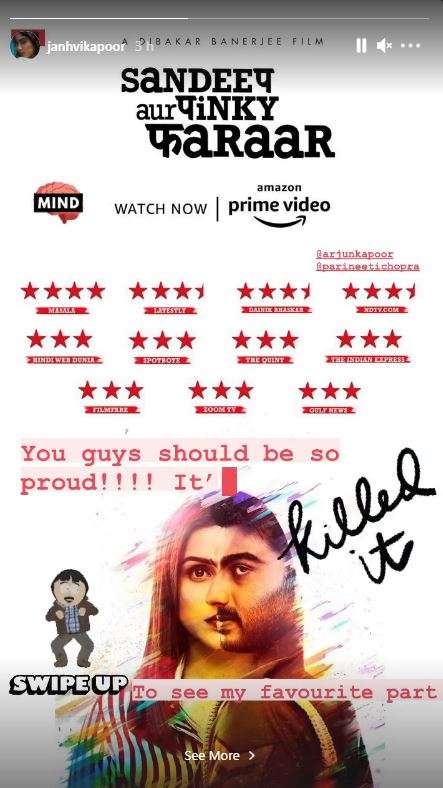 Vaani Kapoor also came on board to share her love for the film as she wrote with poster of the film on her Instagram Story, “what a cool film !! Brilliant performances..thoroughly enjoyed! A must watch “ 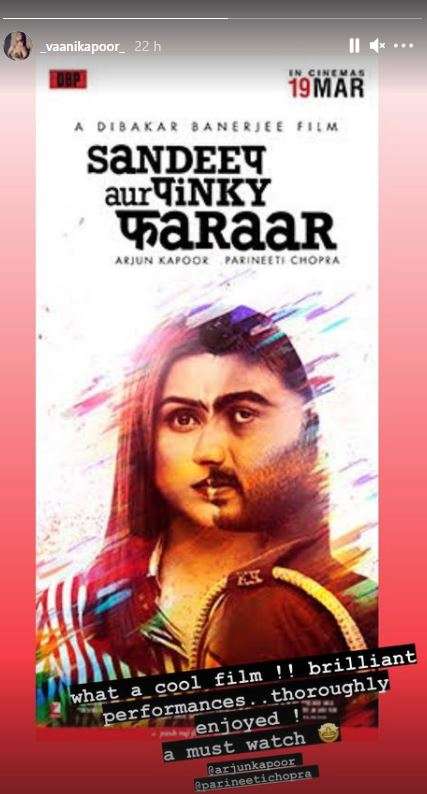 Arjun Kapoor, who plays the lead role of Pinky in the film, shared his excitement on the film’s recent success. The actor shared his picture with a pink background and wrote, “Never knew pink-y will become everyone’s new favourite! #Throwback (sic).”

This suspense-drama promises to keep the viewers glued to their seats as it explores the polarities of the two worlds and is packed with great performances by the iconic ‘Ishaqzaade’ duo who are back together to reignite the silver screen. Produced, written and directed by Dibakar Banerjee, ‘Sandeep Aur Pinky Faraar’ stars Arjun Kapoor, Parineeti Chopra, Jaideep Ahlawat, Raghubir Yadav and Neena Gupta in important roles. The film is streaming in India and across 240+ countries and territories worldwide on Amazon Prime Video.

Abhay Deol back on Instagram after ‘digital detox’, Esha Deol says ‘I get you’

Mika Singh accuses Kamaal R Khan aka KRK of fraud, claims he is banned in India