IYC prez among 40 arrested in Goa for staging protest 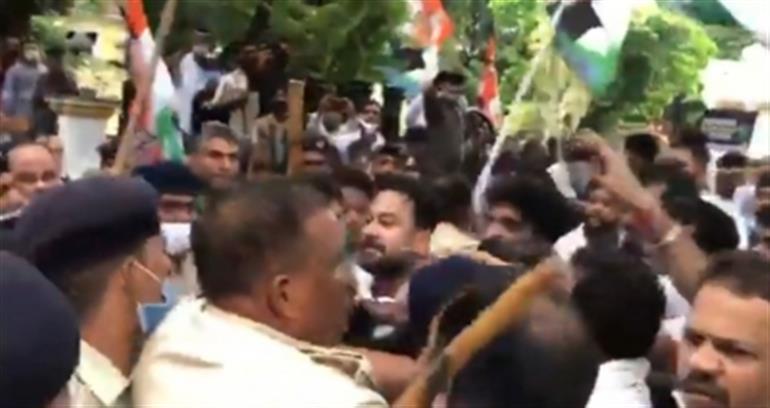 PANAJI: National president of the Indian Youth Congress B.V. Srinivas was on Tuesday arrested along with top Youth and Goa Congress office bearers, after they were lathi charged just before they were to stage a protest march to the residence of Chief Minister Pramod Sawant to highlight issues like inflation, unemployment and collapse of the economy in Goa.

“The Congress and Indian Youth Congress office bearers had decided to hold a protest march to CM’s house. It was a silent agitation. But when the workers were stepping out for the march, the police stopped them. When they raised slogans, police ordered lathi charge without any reason and arrested our top leaders,” Kamat said.

Among around 40 persons who were arrested in the police action in Panaji are B.V. Srinivas, president of the Indian Youth Congress Goa wing Varad Mardolkar, state working president of the Congress Aleixo Sequeira.

“The aim of the protest was to raise questions of the people, related to unemployment, inflation and the collapse of the economy. The lathi charge and the arrests prove that the government is scared of such questions and does not believe in the principles of democracy,” Chodankar said.