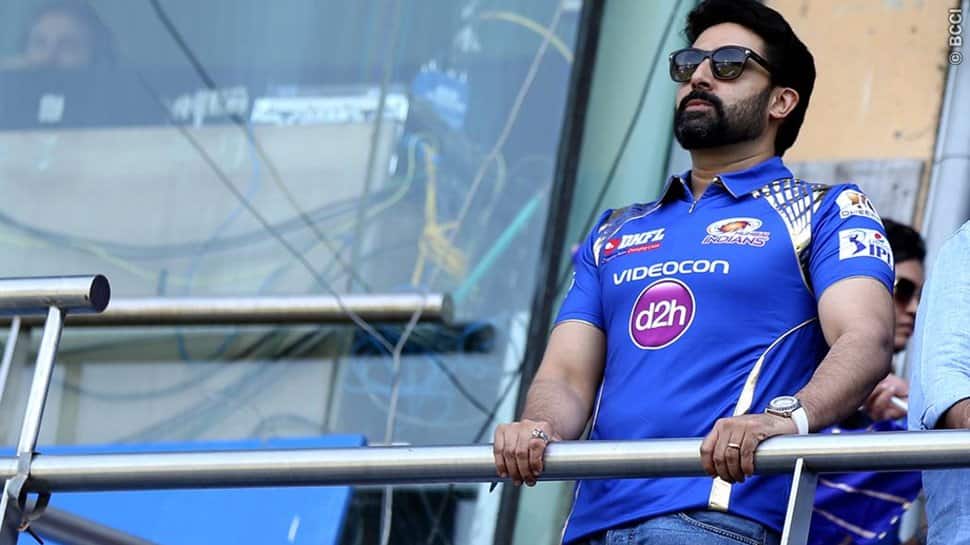 An official release was shared in this regard, which mentioned that the Junior Bachchan will be part of the show to promote his recently relased movie ‘The Big Bull’.

Ahead of the clash, the Bollywood actor shared tales, which he and his family members experienced while watching high-octane IPL clashes and also went on to reveal his favourite player from the Mumbai Indians squad, which also is his favourite IPL franchise.

Speaking exclusively to Star Sports, the actor said, “Bhajji (Harbhajan Singh) is a friend of mine and when he was playing with us, he was absolutely immense. Polly (Pollard), of course, has been a pillar of strength and the backbone of the team for so long. He’s my favourite! I think it will be wrong for any MI fan to choose anybody other than our captain fantastic, Rohit Sharma.”

Defending champions Mumbai Indians, who have went on to lift the IPL trophy on five previous occasions, will look to complete a hattrick of triumphs, after securing both IPL 2019 and 2020 respectively.

The team kicked-off their campaign against Virat Kohli’s Royal Challengers Bangalore on Friday, which they lost by two wickets.

Image Source : GETTY Someity, the official mascot for the 2020 Paralympic Games, presents a ...