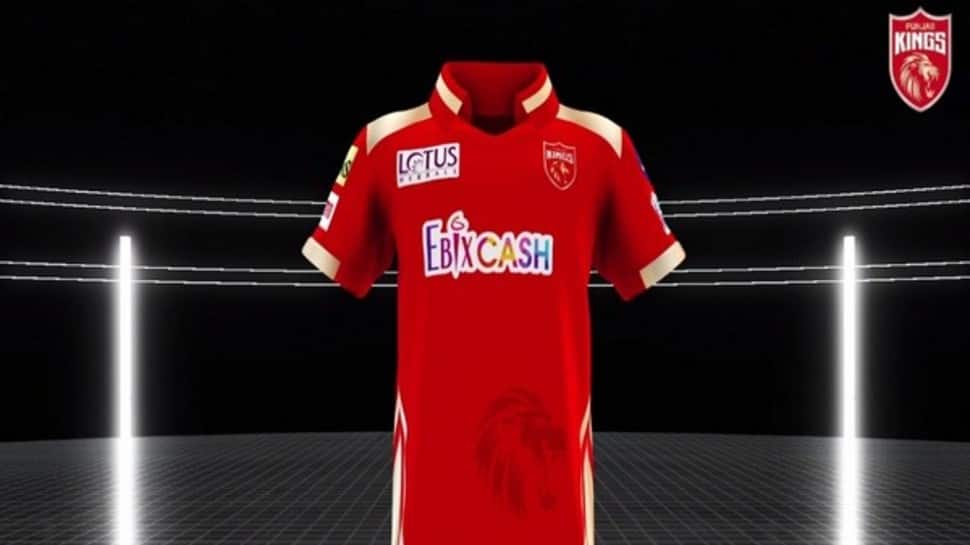 Indian Premier League franchise Punjab Kings on Tuesday revealed their jersey for the upcoming IPL 2021. The franchise will be seen donning a red jersey with golden stripes for this season, opting for a different, unique design for this new-look team.

The primary colour for the jersey will continue to be red, with golden stripes forming the edges of the design, while the crest of a lion will also be sported below the primary sponsor logo.

Apart from the jersey, Punjab Kings batsman will also be seen wearing golden helmets for this season’s IPL. These jerseys can be seen on the cricket field for the first time when Punjab Kings play the Rajasthan Royals on April 12 at the Wankhede Stadium in Mumbai.

The IPL 2021 edition would begin on April 9 with defending champions Mumbai Indians locking horns against Royal Challengers Bangalore (RCB) in the tournament opener.

Earlier, speaking to ANI, opening batsman Mayank Agarwal had spoken about the camaraderie in the Punjab Kings unit and also opened up on his bond with skipper KL Rahul.

“Well, KL Rahul is terrific and it is amazing to be playing with him. This is the fourth year that we would be playing for Punjab and it is really nice. We understand each other’s game, we gel really well. That communication on the field becomes a lot easier because of the friendship we have,” said Mayank.

“This team has whatever it takes to turn things around, but with that said, keeping the momentum and playing good cricket would be very important. We have seen that over a few years, our strength lies once we win a few games, we make it a cluster of a lot of wins together. It is fantastic to play under Anil Kumble (Director of Cricket Operations) and Wasim Jaffer (batting coach) with the wealth of knowledge they have,” he added.