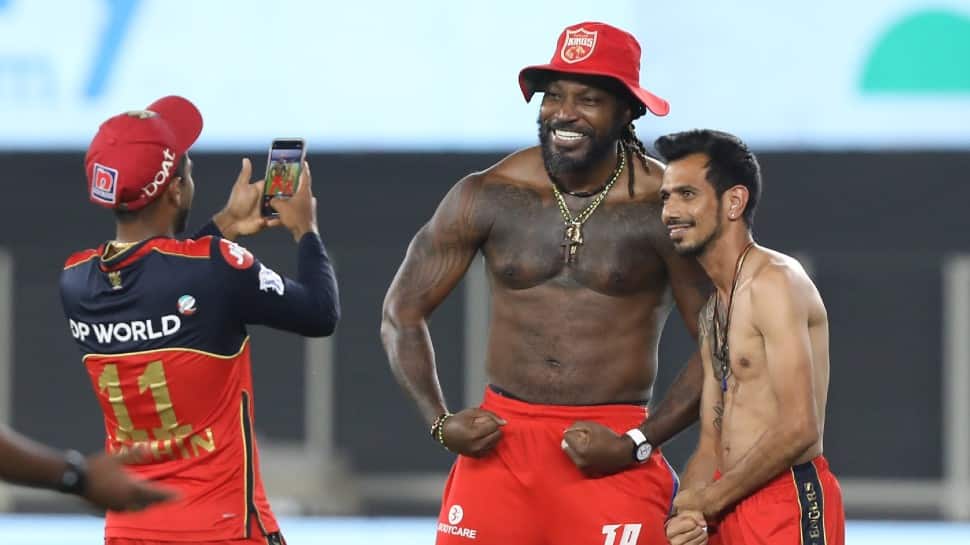 The Punjab-based franchise posted a picture where Sachin Baby was seen clicking a picture of Chris Gayle and Yuzvendra Chahal, who both were posing shirtless. The duo can be seen flexing their muscles.

Sharing the click, PBKS hilariously suggested the picture was a perfect representation of the PBKS vs RCB game.

The official Twitter handle of the PBKS captioned the picture and wrote, “If we have to summarize #PBKSvRCB.”

Talking about the match, a fine effort by KL Rahul and rookie all-rounder Harpreet Brar powered Punjab Kings to a 34-run win against Royal Challengers Bangalore.

Leading the side from the front, Rahul scored a fine 91* off 57 deliveries and guided Punjab to a stiff 179/5 in their 20 overs.

Brar, who hit a six in the final delivery of the Punjab innings, then wrecked havoc with the ball and finished his four-over quota with impressive figures. The 25-year-old conceded just 19 runs and picked three wickets, removing RCB’s top-rated trio – Virat Kohli, Glenn Maxwell, and AB de Villiers – from the middle.

Meanwhile, with the victory, PBKS consolidated their sixth position on the Indian Premier League (IPL) points table. They now have six points, the same as Mumbai Indians (MI). However, the Punjab franchise is one spot behind MI due to inferior net run rate (NRR). PBKS have an NRR of -0.264 as against MI’s NRR of +0.071.

Cheteshwar Pujara says he does yoga, meditation to stay away from negative thoughts