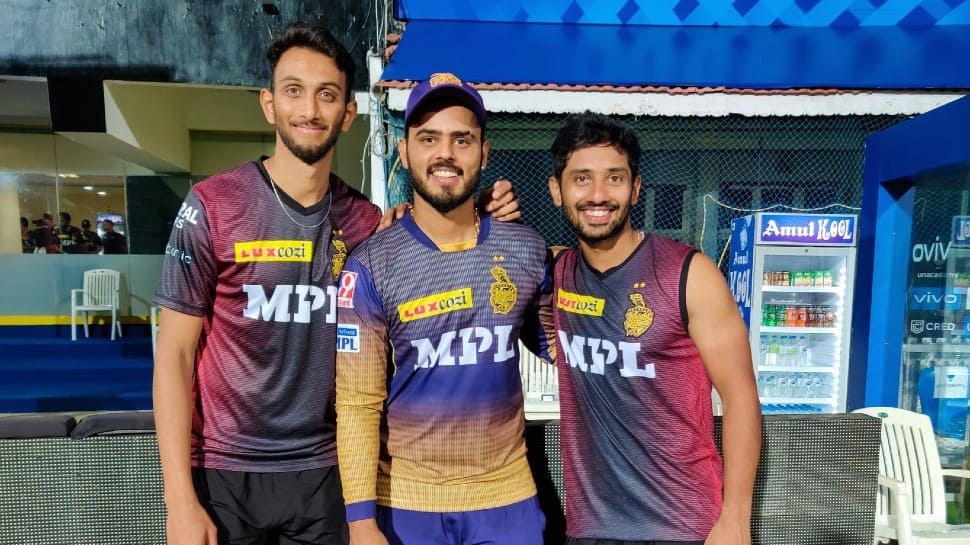 Kolkata Knight Riders captain Eoin Morgan on Sunday (April 11) said that his side couldn’t have asked for a better start in their IPL campaign as they beat Sunrisers Hyderabad by 10 runs in Chennai. KKR notched up an easy win against SRH, riding on opener Nitish Rana (80) and Rahul Tripathi’s (53) fluent half-centuries after being asked to bat. SRH could score just 177 for 5 while chasing 188.

“We are delighted. I thought it was magnificent, the guys batted today at the top of the order in particularly, Nitish and Tripathi. And the bowling too, couldn’t have asked for a better start,” Morgan said at the post-match presentation.

“It was a tight game against a really tough side. Really happy with the start. We were very happy with our score, we thought if we bowled half decently well we should get over the line.”

He said the build-up to the tournament has been pretty good and the players have gelled really well.

“There’s a huge amount of thought and structure that goes into decisions on the field. We’ve got a great head coach and support staff. The IPL is all about results. I think guys buying in to what we are trying to do.”

On veteran spinner Harbhajan Singh opening the bowling in his maiden match for the KKR, Morgan said, “Bhajji starting really well in the first over and not playing a part after that but using his experience to guide the others just shows that.”

SRH captain David Warner conceded that his side misexecuted a little bit with the ball. “I didn’t think there were that many runs in that wicket. They adapted really well,” Warner said.

“And the way that we lost two early wickets but fought hard through Jonny (Bairstow) and Manish (Pandey), was good. If you over-pitched, it came on a little bit. They had some height in their bowling attack, it helped with the cross-seam balls.”

The Australian said there would be good momentum going into the tournament with the batting.

“But plenty of games to come. Four games at this venue so we should be getting used to this square.”

Man of the match Rana said he backed himself and was looking to hit the balls if it was in his slot.

“I thought the ball was in my slot (first ball off Bhuvneshwar) and luckily I got a four,” said Rana who scored 80 0ff 56 balls.

“My game-plan is always that if the ball is in my slot I’ll try to hit it. I was backing myself and looking to hit balls. I’ve been playing spin since childhood, so in a way, it’s in my blood.”