IPL 2021: Kieron Pollard cheers for ball to reach boundary after being hit by Chris Morris bouncer on head – WATCH 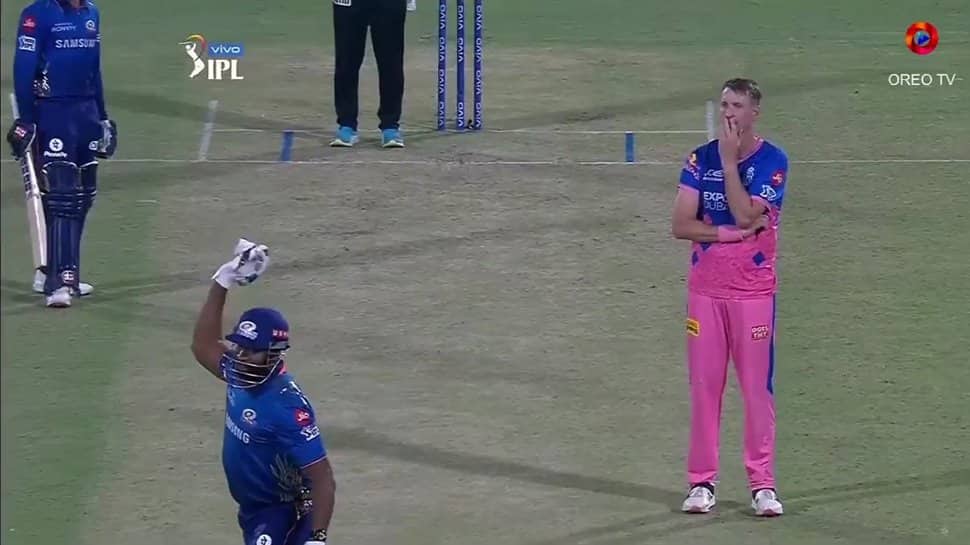 Kieron Pollard is renowned for hitting towering sixes and the Windies cricketer has already smashed the longest six in the ongoing edition of the Indian Premier League. In the 170 IPL matches the Mumbai Indians all-rounder has played so far, Pollard has hit 203 sixes.

However, during the IPL clash between Mumbai and Rajasthan Royals, a rare sight was witnessed as Pollard cheered for the ball to reach the boundary rope.

The incident took place during the 18th over of the Mumbai innings, when a short delivery knocked Pollard’s helmet and then the ball rolled towards the fine-leg boundary region.

Here is the video:

Pollard remained unbeaten on 16 off 8 balls as Mumbai completed the stiff 172-run chase in just 18.3 overs. With this victory, Mumbai finally returned to winning ways after facing two tough defeats in their previous encounters. Quniton de Kock was exceptional in the contest as he scored stylish 50-ball 70 and stitched a crucial 63-run stand with Krunal Pandya for the third wicket.

The Rohit Sharma-led unit currently stand fourth on the eight-team points table with three wins from six encounters. They will next lock horns with MS Dhoni’s Chennai Super Kings at the Arun Jaitley Stadium in New Delhi on Saturday.