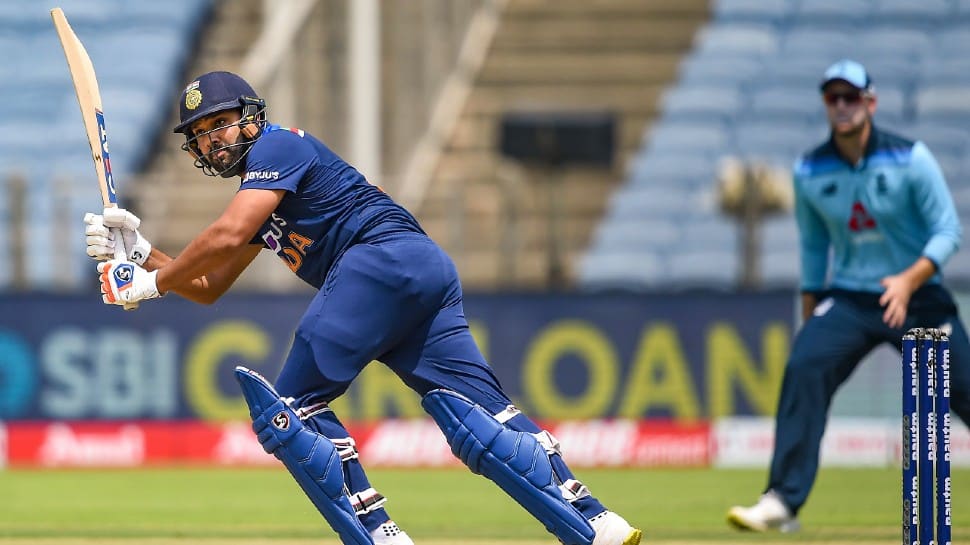 Rohit, the India vice-captain, was in tremendous form during the England series and has now joined the Mumbai Indians squad for the upcoming IPL. Although Rohit Sharma only scored 332 runs in 12 IPL matches in 2020, he led the side brilliantly to a record fifth IPL title with a win over Delhi Capitals in the final.

The official Twitter handle of Mumbai Indians posted a video in which Rohit can be seen arriving in Mumbai.

Earlier in the day, Hardik and Krunal Pandya, and Suryakumar Yadav linked up with the Mumbai Indians squad.

“Firstly really happy and very proud to represent India. It was always my dream to play for the country. It feels great and I was really happy to be part of such an amazing unit. And now, that role is over and I am back to my Mumbai Indians family. Looking ahead to unbelievable times ahead,” said Surya Kumar in a video posted on the official Twitter handle of Mumbai Indians.

Pune Mumbai and our boys have arrived at the @RenaissanceMum!

The IPL 2021 will kick off from April 9 and in the tournament opener with Mumbai Indians taking on Royal Challengers Bangalore (RCB) at the MA Chidambaram Stadium in Chennai.

In the three ODIs against England, Rohit scored 90 runs. Suryakumar made his India debut in the T20I series against England and went on to play two quality knocks in the fourth and fifth T20Is.

He was also picked in the ODI squad, but he did not get a game. Hardik played a knock of 64 runs in the third ODI, while Krunal scored a fifty on his ODI debut in the first match of the three-game series.