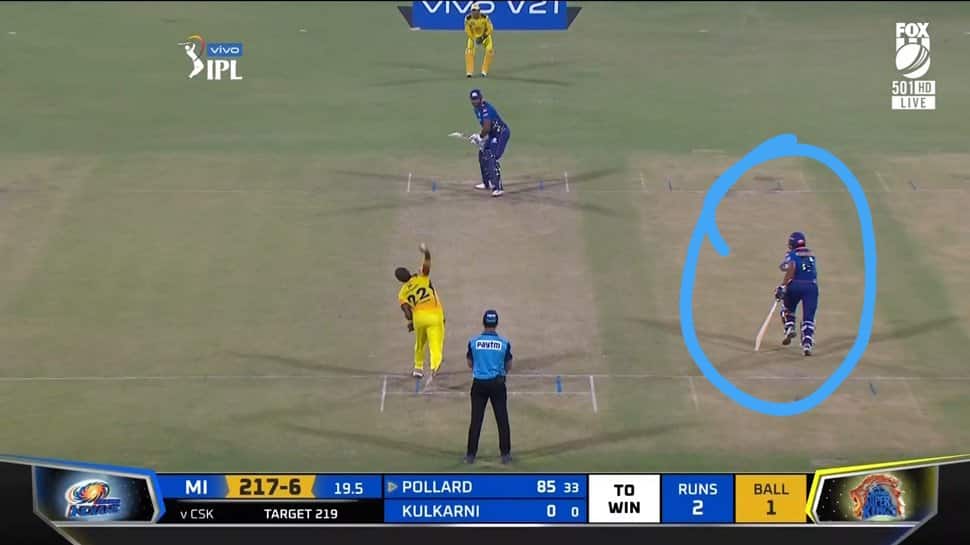 Kulkarni, the non-striker, backed up too far from the wicket as the defending champions completed the two runs, winning the contest with Kieron Pollard scoring a stroke-filled unbeaten 87 on Saturday.

While there was little chance of a run out as the CSK fielder`s throw from the deep was too wide, yet it reignited the debate about non-strikers backing up too far to avoid a run-out. Former

Rajasthan Royals player, Hogg, tweeted his unhappiness with Kulkarni`s stance, saying, “Sorry again for my harp. Last night last ball 2 runs needed and the non-striker again taking advantage. Is this in the spirit of the game? #MIvsCSK”

He also marked Kulkarni — who was seen standing on the adjacent wicket nearly 14-15 feet away — with a blue circle on the screen grab.

Sorry again for my harp. Last night last ball 2 runs needed and the non striker again taking advantage. Is this in the spirit of the game. #IPL2020 #MIvsCSK pic.twitter.com/HDEwqfSclg

CSK bowler Lungi Ngidi pitched the ball into the blockhole outside off as Pollard hastily brought his bat down and jammed it down the ground. Faf du Plessis, at long-on, had to move across to his right to hunt the ball down. But there was enough time for Pollard to scamper back for the second.