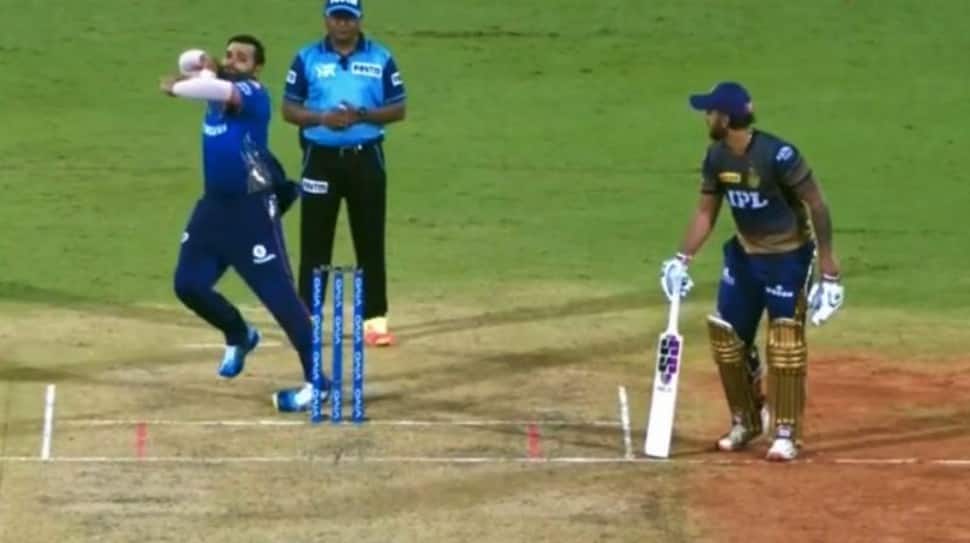 Mumbai Indians captain Rohit Sharma nearly picked up an injury while bowling against Kolkata Knight Riders on Tuesday (April 13) in Chennai. On a day when England all-rounder Ben Stokes from Rajasthan Royals was ruled out of Indian Premier League (IPL) 2021 after breaking a finger, defending champions Mumbai Indians almost suffered a similar fate.

It happened off his very first ball of the 14th over. He took a couple of steps and while about to deliver the ball, he twisted his left ankle. Immediately, he was in pain as he called for medical attention. He was on the ground and he took off his shoes, with Hardik Pandya and Suryakumar Yadav enquiring the extent of the injury and pain.

Here is exactly what happened:

Rohit Sharma twisted his ankle just as he was about to bowl his first delivery. pic.twitter.com/sYG7R4oOZR

Earlier, Rohit scored 43 off 32 balls at the top of the order to help MI post 152/7 after being sent into bat by KKR. Thankfully Rohit Sharma was able to complete his over while giving away 9 runs in the over which was a big relief to his fans.

It was Rohit Sharma’s captaincy which turned things around for the defending champions, who at one stage were looking in serious threat of losing their second successive game in IPL 2021.

Fans on Twitter praised Rohit Sharma’s brilliant and brave captaincy even when KKR needed just 30 runs to win in 26 balls by keeping a slip and silly point with Krunal Pandya bowling. Eventually MI went on to win by 10 runs with leg-spinner Rahul Chahar picking up 4/27, Krunal Pandya claiming 1/13 in 4 overs and Trent Boult scalping 2/27.