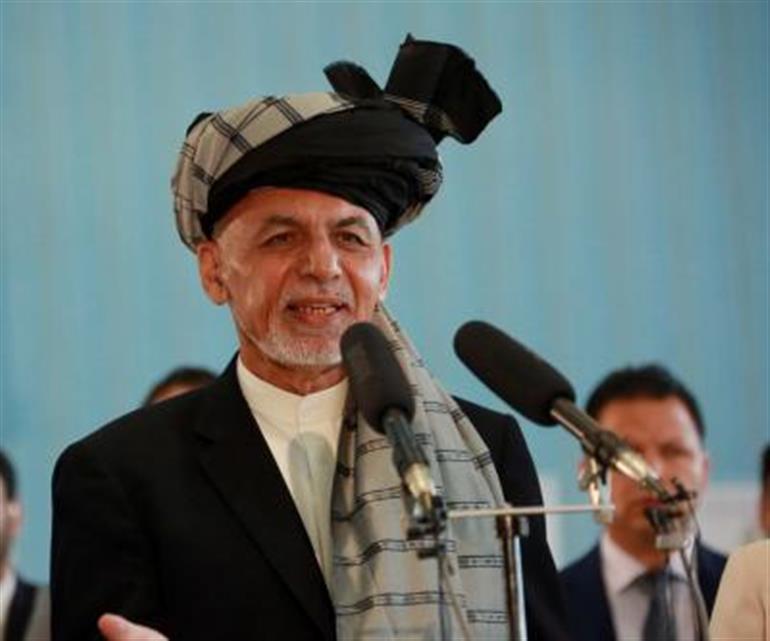 Addressing the Joint Coordination and Monitoring Board (JCMB) meeting at the Presidential Palace, Ghani said, “I offered a bridge to peace through the holding of early elections. The Loya Jirga took the unprecedented step of releasing 5,000 hardened Taliban fighters and some of the largest drug dealers under the assurance of good conduct by the international community.

“Today’s war is not a civil war, it’s the war of the networks. I assure the international community that the people of Afghanistan don’t want anti-government elements.”

Religious scholars from various countries, including Pakistan, have said that the “current war in Afghanistan is not a religious war”, he added.

“We call on the international community to review the narrative of the willingness of the Taliban and their supporters on embracing a political solution,” he said.

President Ghani added: “There is no military solution to the country’s issue,” adding that the Afghan government believes in political settlement.

“The only solution for the Taliban is a political agreement that satisfies all the people,” he mentioned, as per media reports.

Swiggy, Zomato to collect 5% GST on deliveries, food not to get dearer

Image Source : PTI Swiggy, Zomato to collect 5% GST on deliveries, food not to ...