06.59 AM: (Women’s Discuss Throw) Seema Punia has finished with her throws, and it’s now time for Kamalpreet Kaur to take part in the Group B of qualifications. She begins at 7:25 AM.

Before that, however, we have Atanu Das in action. He will meet Japan’s Takaharu Furukawa in the round-of-16 at 7:18 AM.

06.50 AM: (Women’s Discus Throw) Final Standings: Top 12 performers from Group A and B combined will qualify for the final. 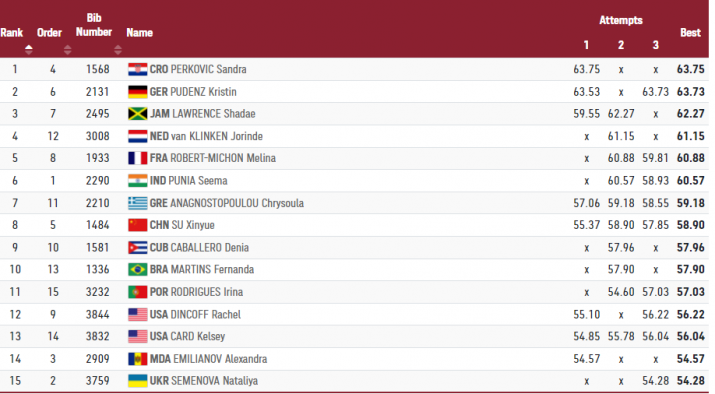 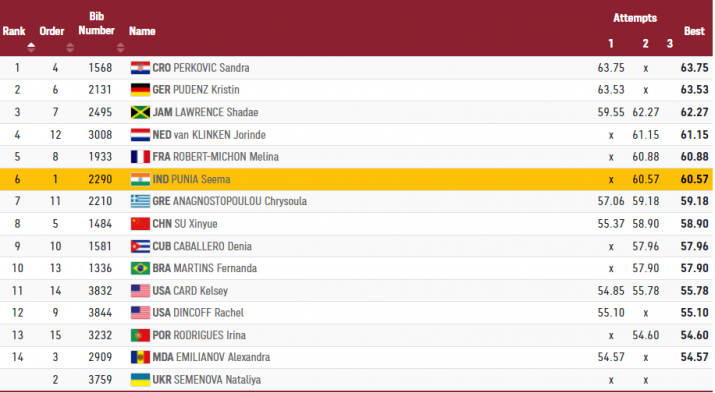