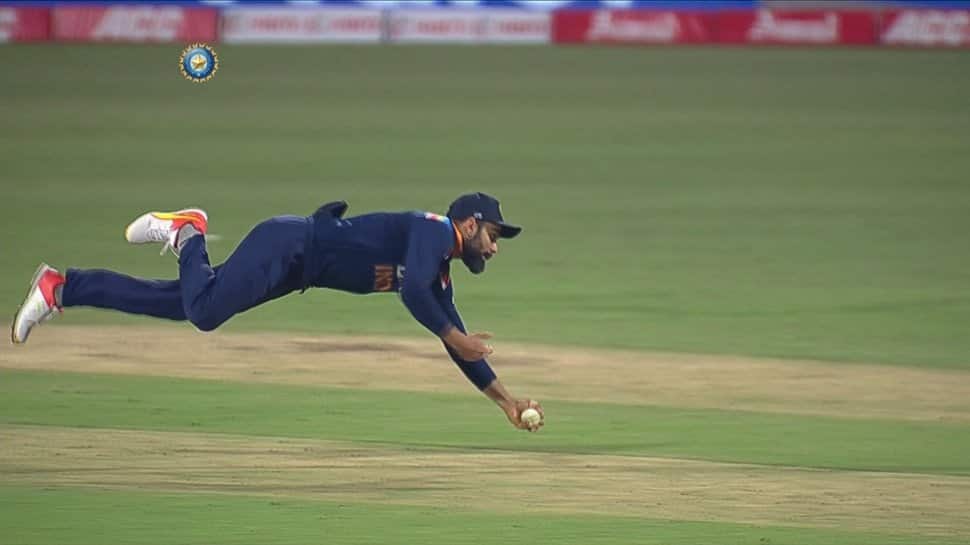 Virat Kohli, who had an off day with the bat, made sure he left an impact on the pitch as he plucked a one-handed beauty to break the dangerous partnership between Adil Rashid and Sam Curran in the third and final ODI against England in Pune on Sunday.

Rashid along with Curran had added 57 runs for the eighth wicket and were leading England’s late fightback in the contest. However, in the second delivery of the 40th over, Rashid misjudged a slow delivery by Shardul Thakur, which saw the ball remaining airborne for a while. The Indian skipper, who was fielding at short cover was quick to react to it as he completed a spectacular one-handed catch diving towards his left to end Rashid’s stay in the middle.

Here is a video of the catch:

What a catch by the Captain and @imShard picks up his fourth wicket.

Rashid was dismissed by Shardul on 19 off 22 balls. Meanwhile, his partner Curran is still leading England’s fightback and has notched up his maiden ODI half-century. England are playing at 289/8 after 46 overs.