IND vs ENG 3rd ODI: Strategic shift could be on cards for hosts in series decider 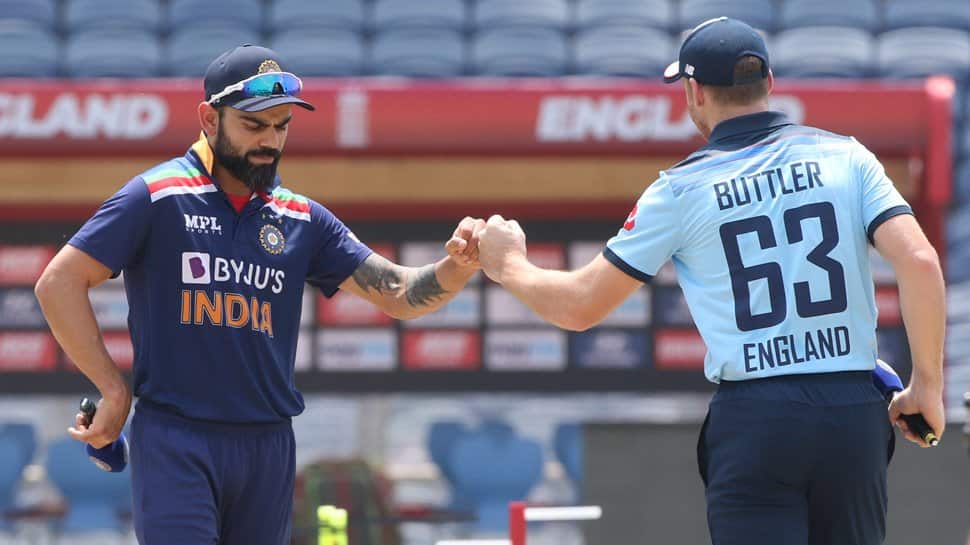 Pune: Indian cricket team may like to revisit its 50-over template while picking up pieces from the Friday carnage with an aim to complete a hat-trick of series wins against England in the third and final ODI in Pune on Sunday.

On batting belters that’s been on offer at the Gahunje Stadium, England hit an astounding 20 sixes in a 337-run chase which became a cakewalk, thanks to inpet bowling from spinners Kuldeep Yadav and Krunal Pandya.

Never before has captain Virat Kohli missed Ravindra Jadeja as much as he would have on Friday when Jonny Bairstow and Ben Stokes took the mickey out of India’s left-arm wrist and orthodox spinners.

In the bowling department, Kuldeep scripted an unwanted record when he conceded 8 sixes, most by an Indian bowler. He leaked 84 runs in the second game after giving 64 runs in the first. And, so did Krunal Pandya, who gave 72 runs in six overs with an embarrassing average of 12 per over.

So, in all probability, the duo could be replaced by leg-spinner Yuzvendra Chahal and Washington Sundar, who can also chip in with the bat, if needed.

From team’s perspective, it would be impossible to ignore Yuzvendra Chahal’s inclusion in the playing XI even though the Haryana leg-spinners hasn’t been in the best of forms.

Pandya senior would still make it to the team because of his batting skills but the apology of left-arm spin has certainly ensured that he won’t be considered as a long term option.

In terms of batting, a total of 337 is certainly not bad by any standards but perhaps India can now look to have strategic shift in terms innings building process. The Men In Blue are the only team that always believes in accelerating in the last 15 overs, a template that was set by their illustrious former captain Mahendra Singh Dhoni. It has worked on most occasions but of late, England with a world title has shown the world that attacking up front on batting tracks is the way forward.

It might just help Rishabh Pant and Hardik Pandya with their brand of power-hitting change the course of the innings in the back-10. Skipper Virat Kohli, who hit two successive 50 plus scores, would be keen to carry his form and convert the start into a really big total and end the century drought.

The skipper has however made it clear that he is not looking at milestones. “I never played for 100s in my life, that’s probably why I ended up getting so many in such little time.”

“It’s all about contributing to the team cause. If the team doesn’t win when you get three figures it doesn’t mean anything. You’re not going to sit back at the end of your career and look at numbers, it’s more about how you played the game.”

For the record, his last century came in August 2019 in this format.

Hardik would continue to play his role of a finisher but question mark remains on what kind of workload management is happening considering that he has rarely bowled save a few overs in the recently concluded T20 International.

On the pace front, while India would go-ahead with spearhead Bhuvneshwar Kumar, they could try going in with left-arm pacer and yorker specialist T Natarajan, in case they want to rest Shardul Thakur for the game. Also, there could be a choice between Mohammed Siraj and Prasidh Krishna although Prasidh’s pace is an advantage for the hosts.

Meanwhile, England would be bolstered by their Friday’s performance and the biggest positive would be the return of form of Ben Stokes, who otherwise struggled on many occasions on the entire tour.

Come Sunday, it remains to be seen, if India win the game, it couldn’t be better gift on eve of festival of colours Holi.