Ind vs Eng 3rd ODI: Shardul Thakur should have been ‘Man of the Match’ instead of Sam Curran, believes Virat Kohli 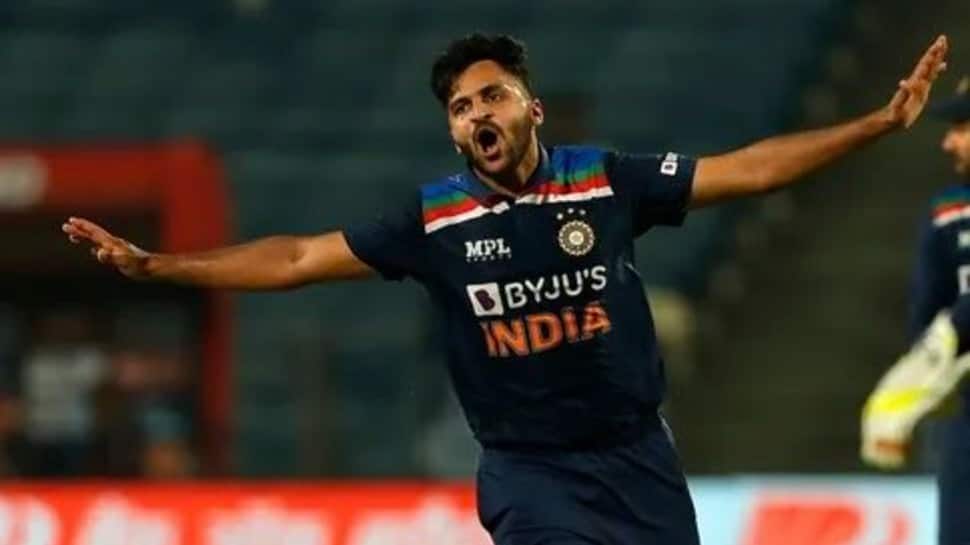 After the ODI series win over England, India skipper Virat Kohli said he was surprised that pacer Shardul Thakur was not awarded ‘Man of the Match’ after an excellent bowling effort in the third and final ODI of the series.

Shardul returned with the figures of 4-67 in his fours overs including the crucial wickets of Dawid Malan (50), skipper Jos Buttler (15) and Liam Livingstone (36).

The pacer also contributed with the bat and played a knock of 30 runs off 21 balls.

Notably, ‘Man of the Match’ was awarded to England all-rounder Sam Curran, whose unbeaten knock of 95 runs went in vain as a spirited bowling performance by India helped the hosts to defeat England by seven runs in the third and final ODI here at the Maharashtra Cricket Association Stadium.

England batsman Jonny Bairstow was awarded the Player of the Series award as the opener amassed 219 runs in the ODI series.

On the other hand, Bhuvneshwar Kumar, who scalped three wickets and a total of six grabs in his comeback series was also a strong contender for the Man of the Series.

With this win, India have clinched the three-match series 2-1. Virat Kohli-led side won all the series’ in this England’s tour of India. India clinched the four-match Test series 3-1 and then went onto win the five-match T20I series 3-2.

“I am surprised Shardul was not the man of the match, and Bhuvi was not the man of the series. A lot of credit to them for bowling so well in adverse conditions. Prasidh and Krunal were impressive but death overs batting was extremely good, despite the early wickets, and if the top three can get a hundred, then we can get 370s and 380s later,” Kohli told host broadcaster Star Sports in the post-match presentation.

Kohli further said the sloppy fielding did cost them but added that there was no lack of intent.

“When the top-two battle each other, we will get exciting games. No one will throw in the towel, and Sam played really good innings to keep them in the hunt. However, our bowlers picked up wickets, and it moved from us finishing it off to them getting over the line before Hardik and Nattu pulled it back. It is most disappointing for the guy who drops the catch, but as much as you get disappointed, catches get put down and sometimes they cost you. There’s no lack of intent, and our body language was outstanding. Eventually, we got over the line,” he said.

“This win has been sweet because it is against the top team in the world, and we are looking forward to the IPL. It’s been an amazing season, series, and this was a great way to finish it off. Scheduling needs to be looked at in the future, since playing in bubbles will be difficult, and everyone can’t have the same mental capacity all the time, but I am looking forward to the IPL for now,” he added.

Earlier, India’s batting unit displayed a change of approach in the third ODI and this ensured that despite losing wickets at regular intervals, the hosts posted a total of 329.

Pant (78), Pandya (64), and Shikhar Dhawan (67) registered fifty-plus scores as India set a 330-run target for the visitors. The Virat Kohli-led side then restricted England to 322/9 to win the match and the series.