‘In Internet age, why look at skies for pigeons’: SC on bail orders delay 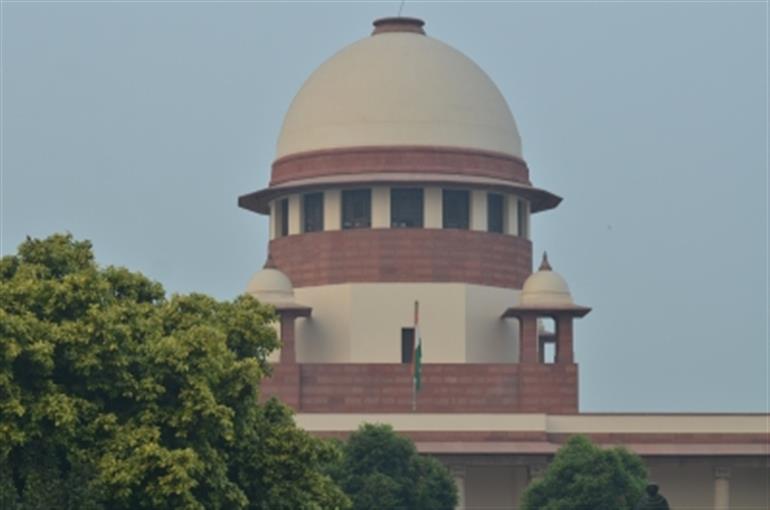 NEW DELHI: The Supreme Court on Friday wondered why in the era of Internet, jail authorities continue to rely on ancient modes of communication to receive bail orders.

The apex court also emphasised that it will soon develop a secure electronic transmission mechanism for the jail authorities to access orders, for expeditious release of prisoners.

A bench of Chief Justice N.V. Ramana and justices L. Nageswara Rao and A.S. Bopanna made the observation during the hearing on a suo motu case in connection with the delay in releasing convicts by prison authorities even after being granted bail by courts.

The Chief Justice said: “In this age of information and communication technology, we are still looking at the skies for the pigeons to communicate the orders.”

He expressed surprise that the prison officials are waiting for the Supreme Court orders to be sent by post. “We had ordered release in some matters, and they were not released since they (jail authorities) did not receive authentic copy of orders. This is too much,” he added.

The bench, elaborating on the system, said: “We are contemplating a system for secure orders of bail, so that such orders can be sent electronically to jail authorities.”

The bench added that it is directing Supreme Court Secretary General to frame the scheme and also consult amicus curia senior advocate Dushyant Dave and Solicitor General Tushar Mehta in the matter.

Justice Rao added that the idea of this order is to send the order copies of this court via a secured route. “This will be taking care of security,” he said.

The top court also asked state governments to provide details on how many prisons in their territory have Internet connection and also by when jails will be equipped with proper Internet facility for faster communication of bail orders.

The bench said it is directing the Secretary General to place a report within 2 weeks’ time, and “we’ll try to implement the scheme in a month”.

During the hearing, Mehta pointed out there were instances where fake and fabricated orders are given, and before releasing the prisoner, the jail authorities require authenticated copies.

“There should be a direction that the order uploaded in site is treated as the authenticated copy.”

Recently, there was delay on the part of Uttar Pradesh authorities in releasing 13 prisoners who were granted interim bail by top court on July 8.

These convicts were in Agra jail for 14 to 22 years, and they were granted bail after it was found that they were juveniles at the time of offence.

It was contended that convicts continued to remain incarcerated, though there was a clear-cut finding of them being minor.

On July 13, an advocate representing the convicts informed the top court that 12 have been released a day ago and one would be released on the date.