If they want to hang me to death, let them do it: K.K. Rema 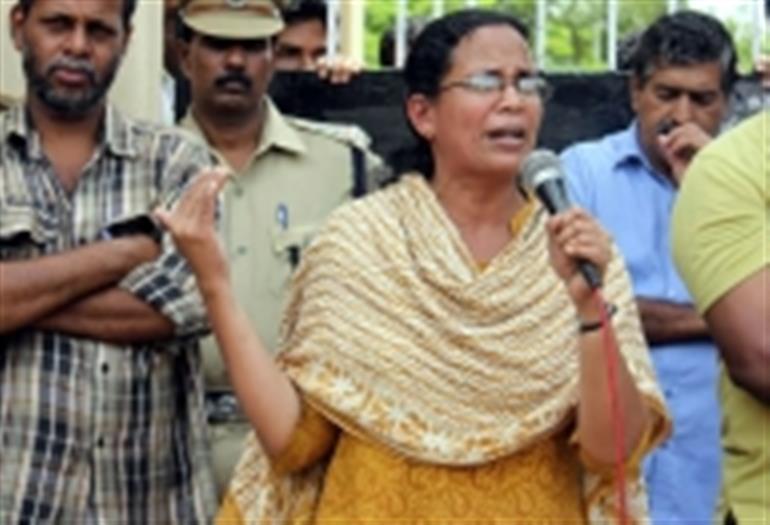 THIRUVANANTHAPURAM: On expected lines the ruling CPI-M has decided to take on legislator K.K. Rema, wife of the slain former Communist T.P. Chandrashekeran, who on Monday when being sworn in as a legislator, displayed a badge of her husband on her chest.

Speaker of the Assembly M.B. Rajesh on Thursday said that he will look into it if the rules and procedures of the assembly were violated by her.

Reacting to the Speaker’s response Rema said, let them conduct the probe and after that, if they decide to hang me to death, let them do it.

“None should forget that this is being looked into by those who had overturned the Speaker’s chair. The badge was part of my dress and there has been no violation of rules or procedures,” said Rema.

Rema won the Vadakara assembly constituency when the Congress led UDF decided to support her candidature, by a margin of 7,491 votes, despite the entire top brass of the CPI-M led by Chief Minister Pinarayi Vijayan actively campaigned against her.

Though she was pitted against, M. Chandran of the Loktantrik Janata Dal (LJD), an ally of the ruling Left, the real battle was between Rema and none other than Vijayan.

Even though she won with the support of the UDF, she has said that she will sit as an independent block in the opposition bench in the assembly and has said she will work as a constructive opposition and she will be guided by her party’s ideology, which has been agreed to by the Congress led UDF.

Chandrasekharan, the founder of RMP, was hacked 51 times by assailants in May 4, 2012 when he was returning home on his motorcycle in his hometown near Kozhikode.

In the case, 11 people were given life imprisonment, of which three were mid-level CPI-M leaders and the demand for a probe into the conspiracy behind the murder is still with the court.

Rema has time and again taken on Vijayan for calling her husband “a renegade”.

Sputnik V is more efficient against the Delta variant of coronavirus, says study