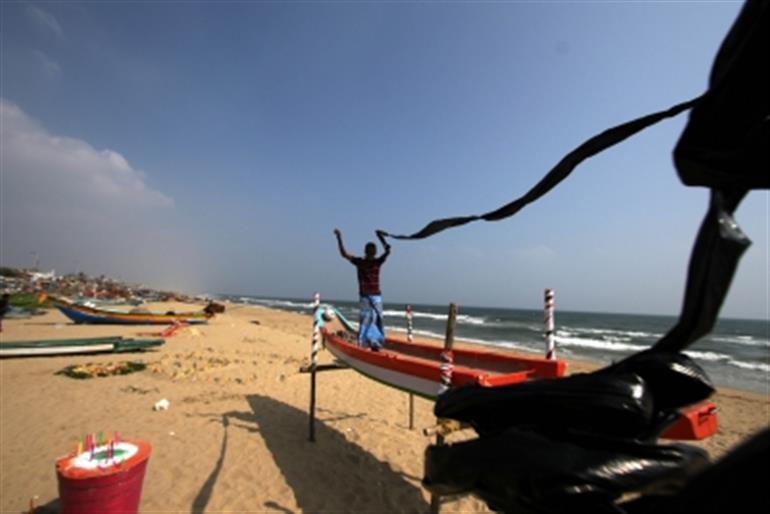 CHENNAI: The elite “Q” branch police of the Tamil Nadu and the Central intelligence agencies have put up a high alert over information that Sri Lankan Tamils are trying to smuggle drugs across the Tamil Nadu coast.

In a recent haul, narcotic drugs worth crores of rupees and five AK-47 assault rifles were seized from a boat owned by a Sri Lankan national near the Lakshadweep coast.

Sri Lankan nationals were arrested from the boat and the kingpin of the racket Suresh Raj who was apprehended by the police from Kerala had revealed that he was a Sri Lankan Tamil staying illegally in India for the past several years.

He has also said that he was in Tamil Nadu for several years and had recently shifted operations to Kerala.

The arrested individuals also said that they were indulging in drug trafficking from Pakistan to the Indian coasts and other foreign nations to source money for the revival of the now-defunct Liberation Tigers of Tamil Eelam (LTTE).

Police sources told IANS that the arrested persons have revealed about more such operations being carried out from various coasts of Pakistan to India and Sri Lanka and Tamil Nadu coasts including Rameshwaram and Thoothukudi have been major destinations for the smugglers.

The Chief Minister, according to top police sources, have already communicated to the home department and senior police officers to prevent the Tamil Nadu coastal line from turning into a point of smuggling for the drug syndicate with international support.

The elite “Q” branch police of Tamil Nadu is on an alert on whether any new boats are being procured and have also informed all fishermen organisation leaders to provide inputs on new faces who are arriving at the fish landing centres and fishing bays of Tamil Nadu.

The drug syndicate was notorious for having used fishing vessels across the Indian coastal line ranging from Gujarat, Mumbai, Tamil Nadu, and Kerala coast and the central agencies have tipped the Coast Guard about this.