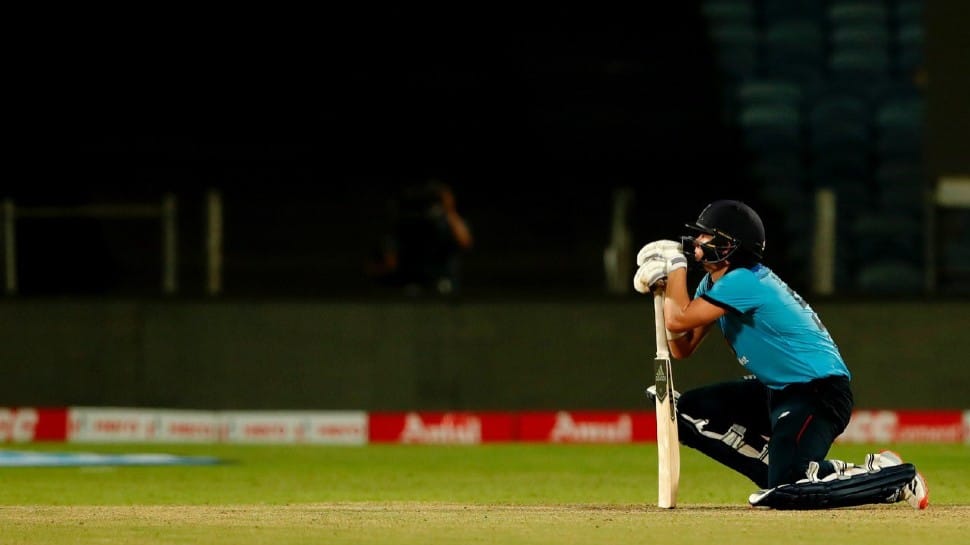 Sam Curran brilliance in the field with the bat in the third and final ODI against India in Pune, which the hosts won by seven runs, saw the youngster gain praises from all-corners of the world. The latest member to join the chorus in applauding Curran is business tycoon Anand Mahindra, who branded Curran’s unbeaten 93 off 85 balls as a perfect example of “heroism, humility and grace.”

In the final ODI, which took place on Sunday, England were struggling midway during their stiff 330-run chase. However, Curran made sure that the tourists remain in the hunt until the final ball of the contest as the all-rounder went on stitch two crucial partnerships for the eighth and ninth wicket respectively.

Curran first stitched a crucial 57-run stand with Adil Rashid for the eighth wicket, before the spinner was caught by Virat Kohli at short cover on 19(22). Following Rashid’s dismissal, Curran continued to lead England’s late fightback and added another 60 runs for the ninth wicket with tailender Mark Wood.

Curran, who smashed nine fours and three massive sixes, however, failed to take his side home.

After the conclusion of the series, Curran shared his picture on Twitter and wrote: “Lots of lessons learnt, great series to be apart of. Congratulations to India.”

If you’re looking for the definition of heroism, humility & grace… https://t.co/0xgsv72NGF

Anand Mahindra, who is an avid follower of the sport, retweeted Curran’s post and wrote: “”If you’re looking for the definition of heroism, humility & grace…”

England’s two-month long tour to India finally came to an end on Sunday as Virat Kohli’s boys completed a hattrick of series wins against the visitors. The team clinched the four-match Test series 3-1, went on to win the five-match T20Is 3-2 and secured the three-match ODI series 2-1.

The focus will now shift to Indian Premier League, which starts from April 9 and most of the players from both the teams will take part in the lucrative T20 league.